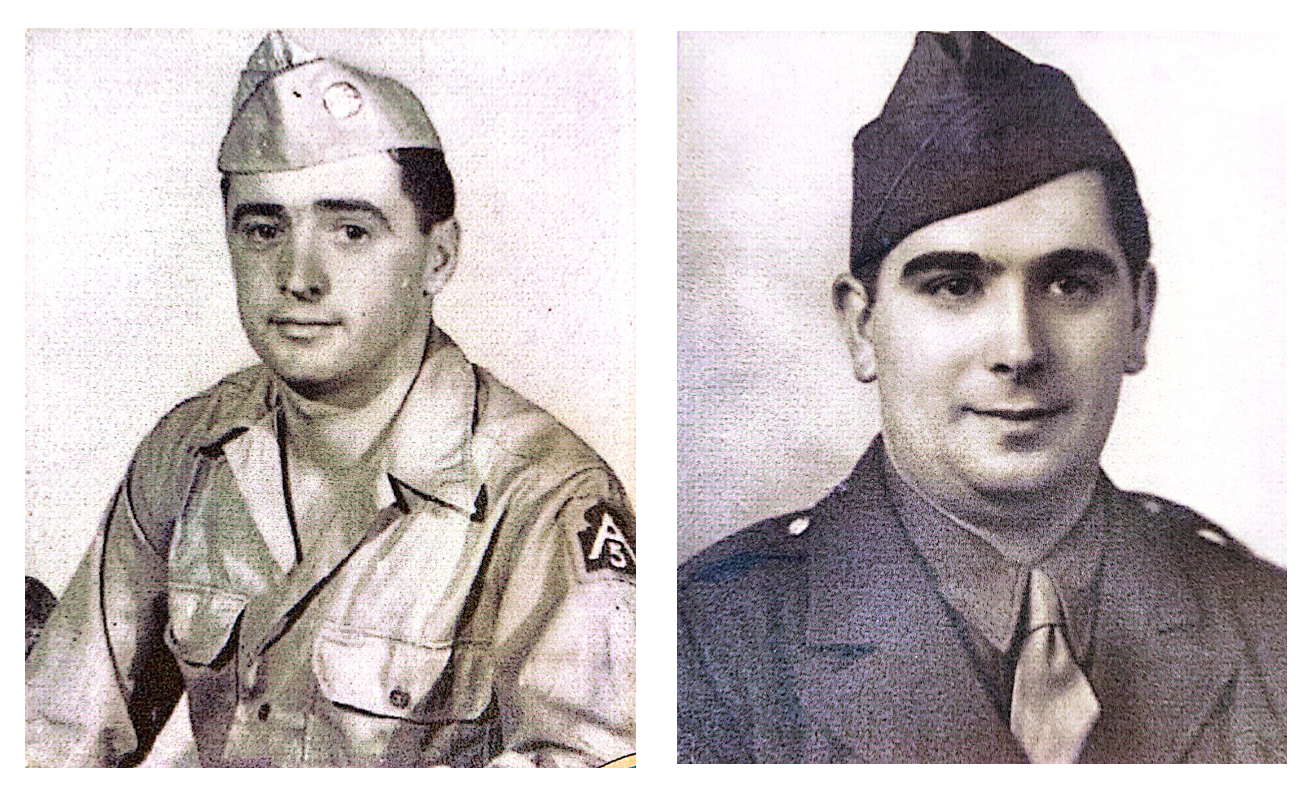 In spite of the hardships and horrors of war, stories of genuine feeling can be found in almost every serviceman’s memory. The meeting of the two eldest sons of the three of Frank and Mary Ray of West Warwick, RI serving in the U.S. Army during World War II is one of those stories.

Francis J. Ray, serving as a radioman with the 10th Mountain Division in Italy recalled the day well. His unit was camped outside of Livorno in western Italy just west of Florence. He was sitting on his cot on a Saturday afternoon writing a letter home. He was alone in a tent that he shared with nine other soldiers feeling particularly homesick when he suddenly looked up to find his brother Alfred standing in the opening of the tent.

Alfred, who had been in Italy since May of 1943, was the Colonel’s chauffeur in the 94th Evacuation Unit near Florence and knew his way around. Always the one to make the best of a situation, he had secured a weekend pass for his brother, Frank, and took him back to his unit. Alfred’s situation was quite a bit more comfortable than Frank’s infantry accommodations. Alfred shared a tent with only one other soldier, the same size tent that Frank shared with nine others. He even had a radio, a cook stove, and a real mattress. That night before lights out, Alfred even made him a cup of hot cocoa. It was a little piece of home for Frank. The next day, Alfred borrowed a jeep and took his brother on a tour of Florence.

Frank and Alfred were able to spend a second weekend pass together in the area. Frank said that seeing his brother in Italy was one of the high points of his life. The photo of their meeting and story were published in the Pawtuxet Valley Times back home in 1945. 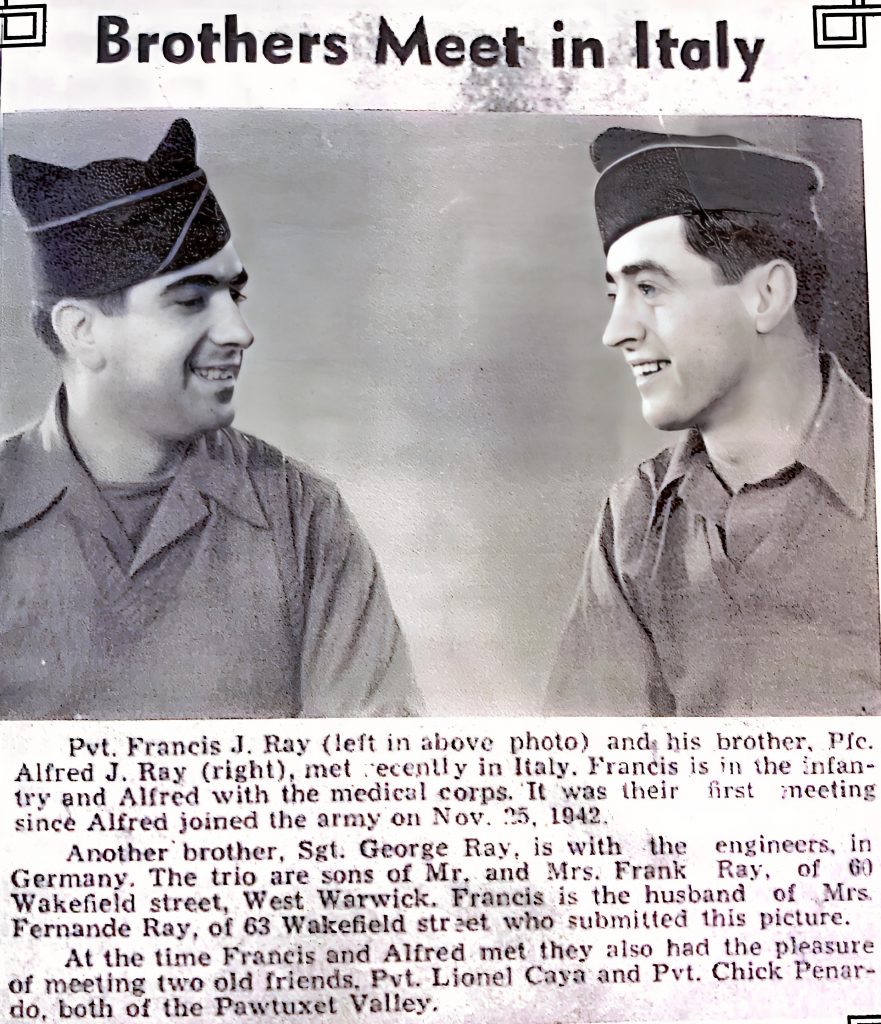 Lisbon saw the landing of another Aircobra (BX369)

Blenheim (Z7366) landed because of a fuel pump problem

Wellington (Z8780) exploded over the sea near Esposende