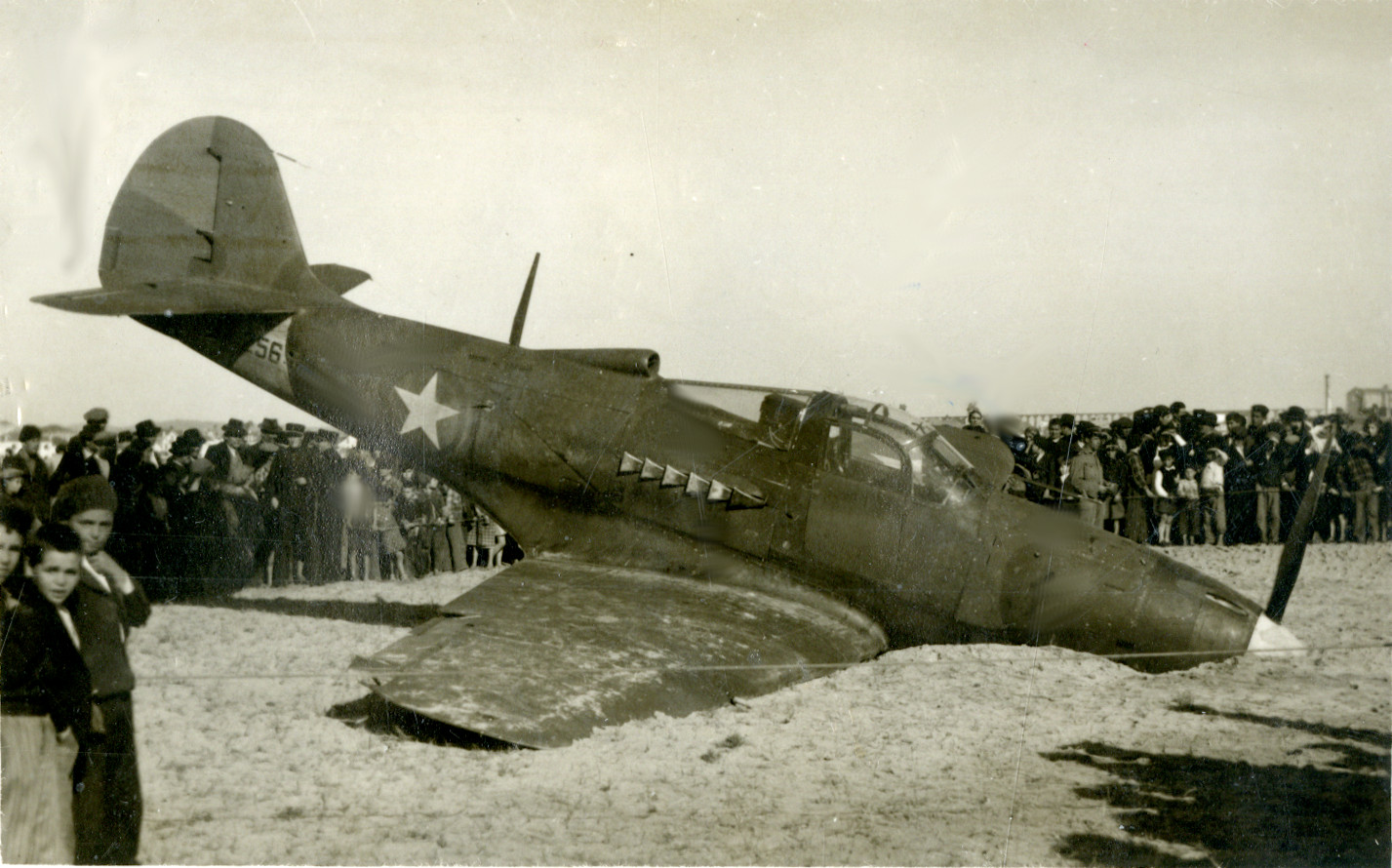 The Aircobra in Vila do Conde after the Forced Landing
(Picture: Private collection)

The plane was heading to Morocco with others, but due to problems it made an emergency landing near the Castle of Vila do Conde, around 1 pm on December 27, 1942.

Ronald Moeller escaped unharmed and was detained by the military and interned in the quarters of the 1st Group of Companies of Subsistence, while the plane was put under surveillance by soldiers from the Guarda Fiscal (Border Police).

On the 28th, the airman went to Elvas where he would be interned for several months. In April 1943 Moeller's name appears on a list sent to the Portuguese authorities by the military attache of the American Legation - Lieutenant-Colonel Robert Solborg - requesting authorization for them to receive assistance in Lisbon since they needed a “teeth treatment that cannot be made in the city (Elvas); some also suffer from a skin or blood disease that requires a special diet that can only be prescribed by a doctor in Lisbon”. 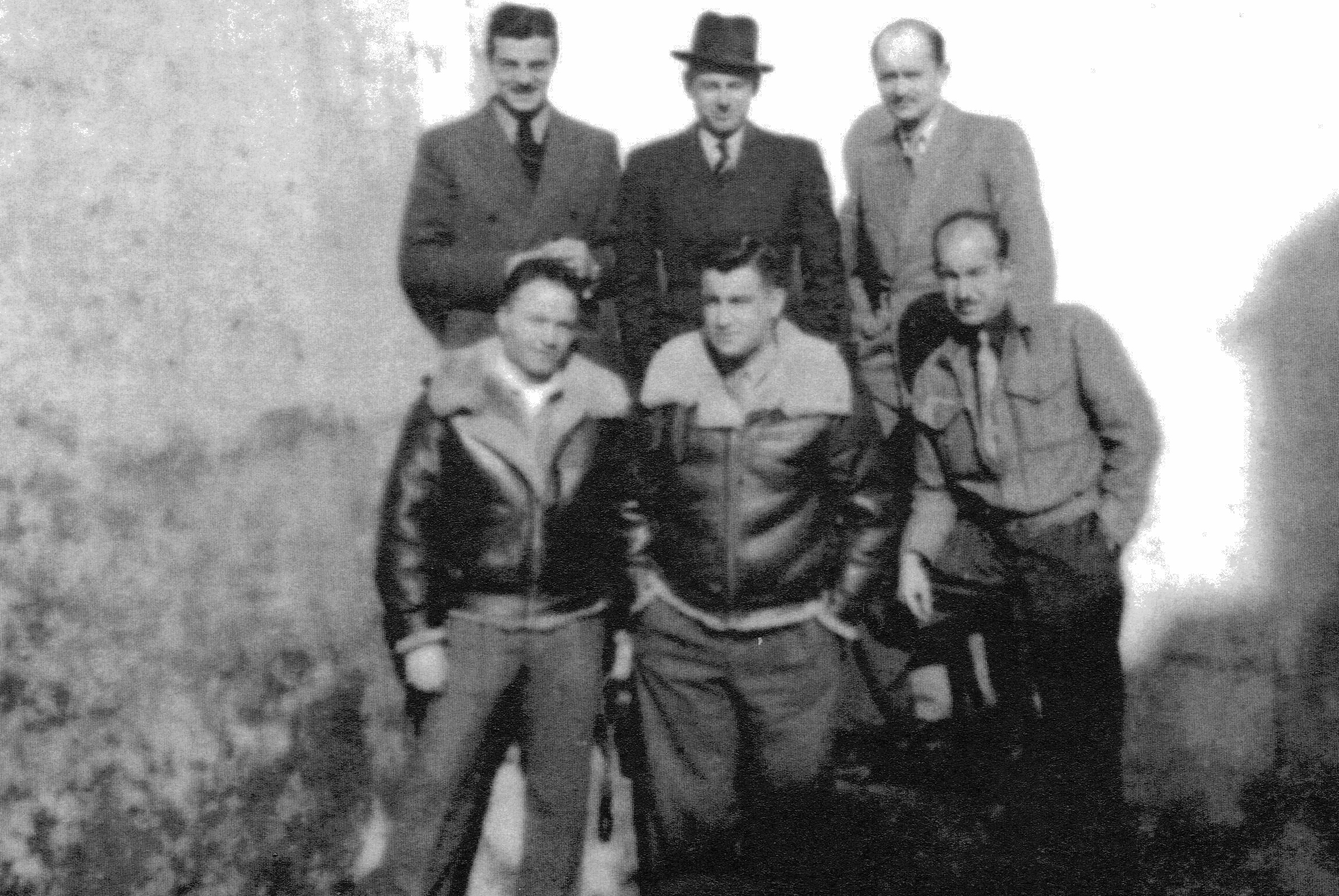 American airmen in Elvas. Moeller is on the back with a civilian suit and a hat.
(Picture. Author's Collection) 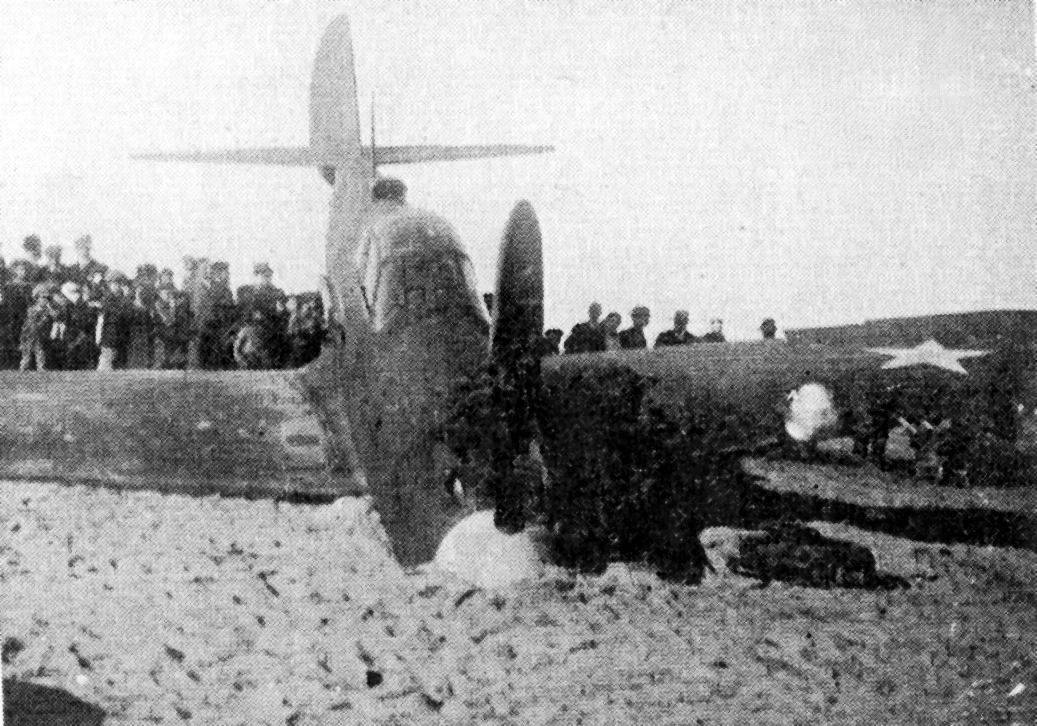 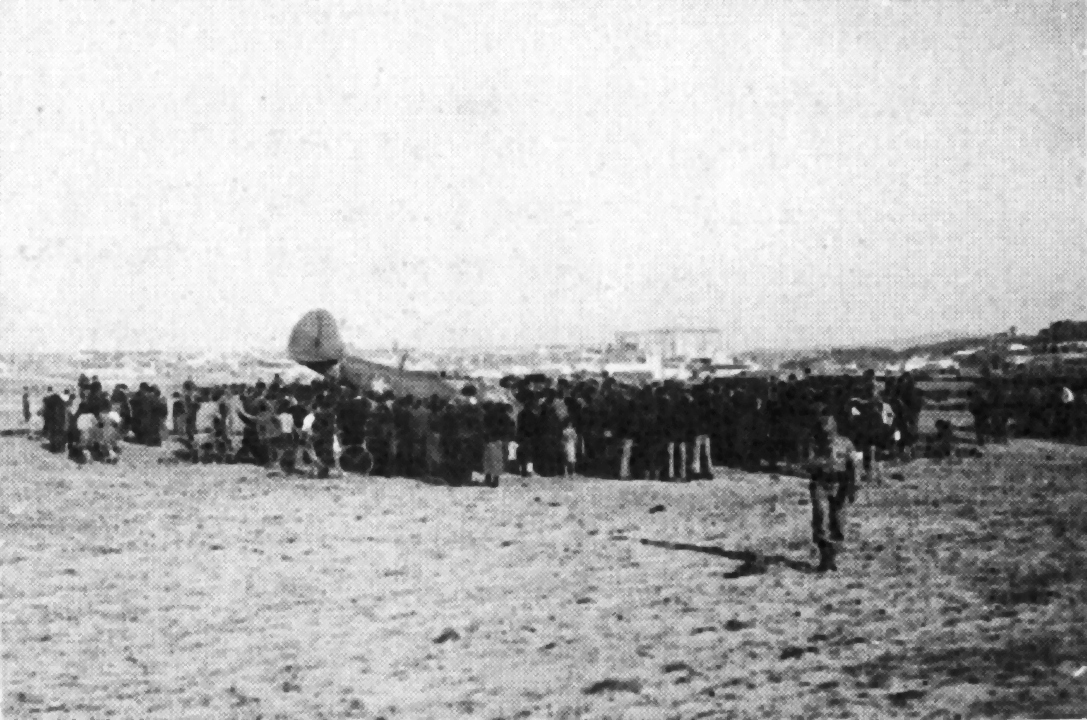 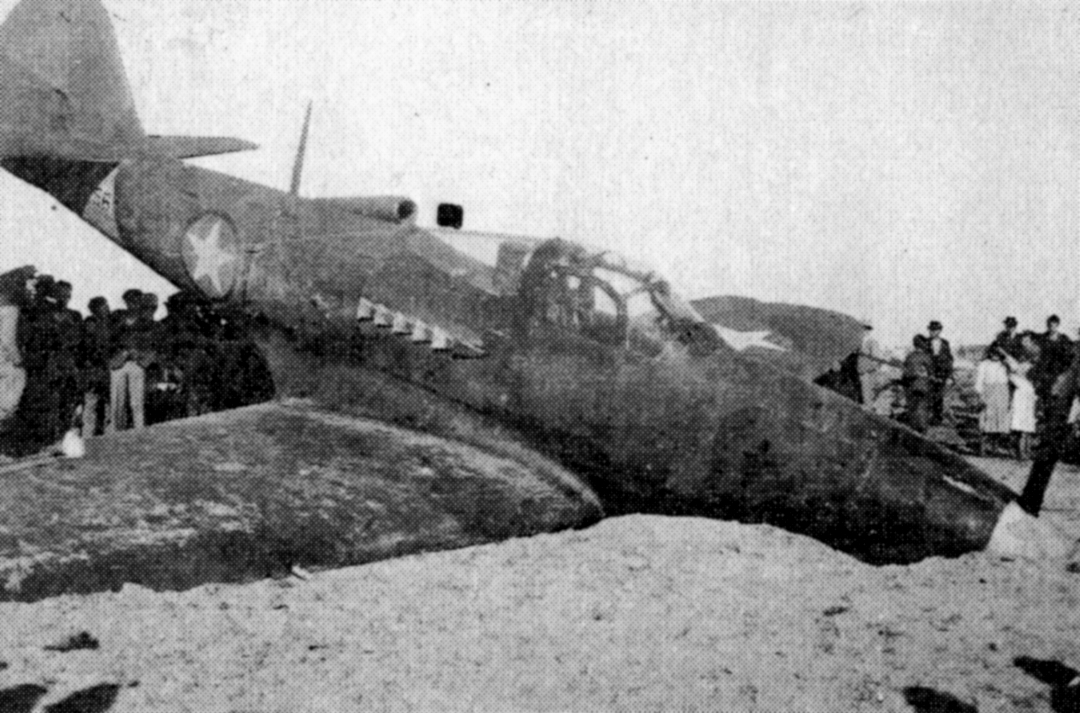 On April 24, he was authorized to travel to Lisbon in the company of Lieutenant Paul H. Hazelrigg.

Moeller received orders for repatriation on May 4, 1943.

The plane was recovered and became part of the “OK” squadron of the Aeronáutica Militar (Army Air Force), that consisted of P-39’s, P-400’s and a P-38 fighter planes. All American aircraft that had made emergency landings in Portugal during the years 1942 and 1943.

A Puss Moth makes a emergency landing in Angola

One Aircobra landed in the navy base of São Jacinto