In this area you can find information about aviation in Portugal during the World War II period.

In Portugal, no national or state company existed at the beginning of the war, but two private enterprises provided aviation services. Serviços Aéreos Portugueses (Portuguese Air Services -SAP), founded in 1927, and Aero Portuguesa, founded in 1934, were active between 1939 and 1945. The first as Lufthansa's representative in Lisbon and the second flying between Lisbon, Tangier and Casablanca.

The Portuguese capital was also used by civilian flights from Europe and the United States. First in Sintra and then - from 1942 on - in Lisbon planes landed traveling from Germany, Italy, Spain or England. On the river Tagus, on the other hand, seaplanes arrived from England and the United States.

In military terms, both the Army and the Navy had an aviation branch, namely the "Aeronáutica Militar" (Army) and the "Aviação Naval" (Navy), which had at the beginning of World War II airplanes that were, in general, outdated and unsuitable for a modern conflict. The situation improved over the course of the war with the force landing of several planes, namely American and British fighters and bombers, that reinforced the thin Portuguese squadrons.

In 1943 the Lagens Base, in the Azores, was ceded to the British and they provided some more modern aircraft allowing to rebuild the two branches that would unite and become the Portuguese Air Force in 1952.

As the country was in the middle of military aircraft routes moving from England to Africa and the Middle East, and vice versa, more than a hundred of those ended their travels here.

At this stage the area dedicated to the AIR in the site "Portugal 1939-1945" is focused on the aircraft from belligerent countries that crashed or made emergency landings in the country.

Have a good flight... 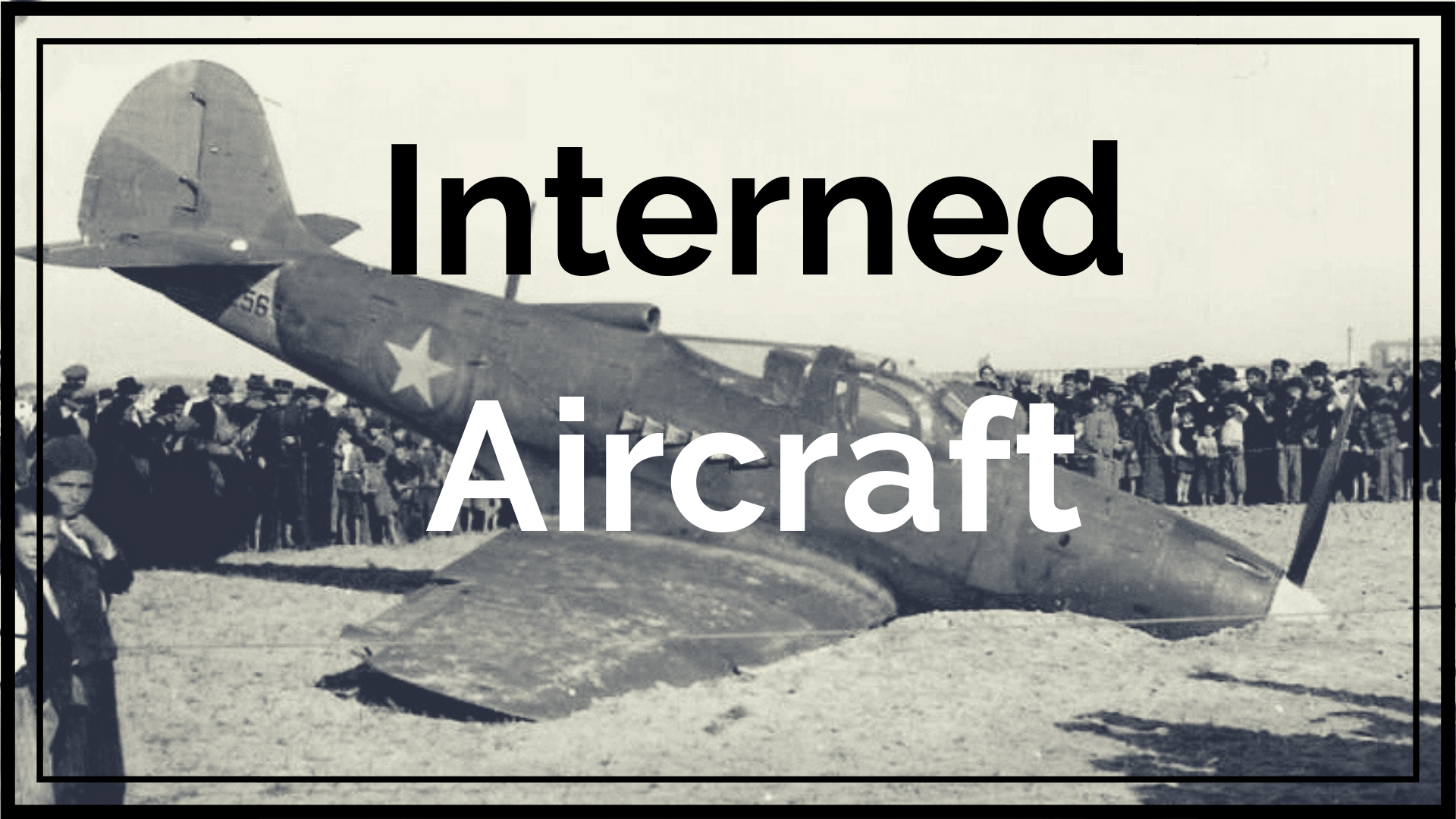 Find here information about the Allied and Axis airplanes that landed or crahed in Portugal during World War II. In each of the cases we tried to gather as much information as possible.