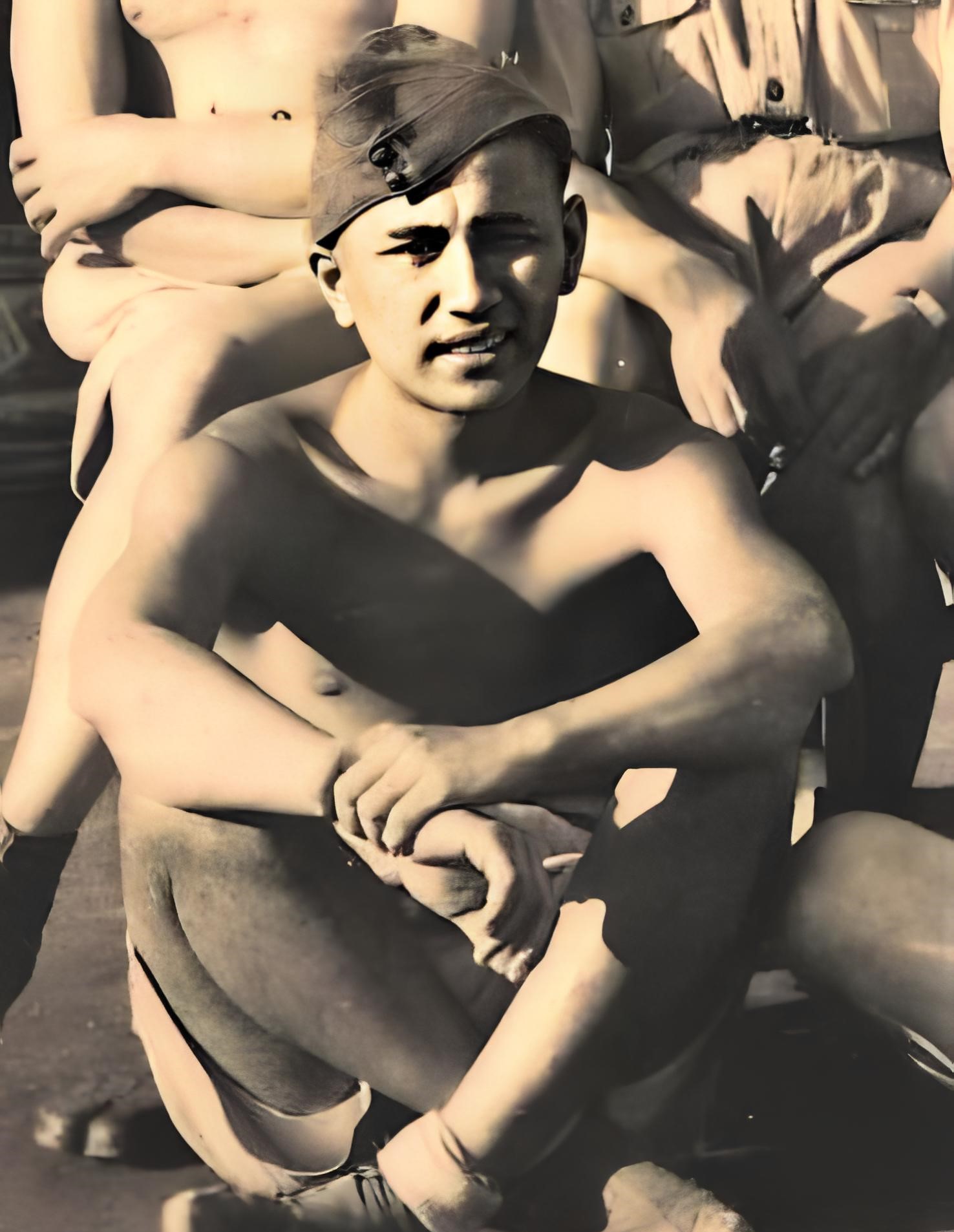 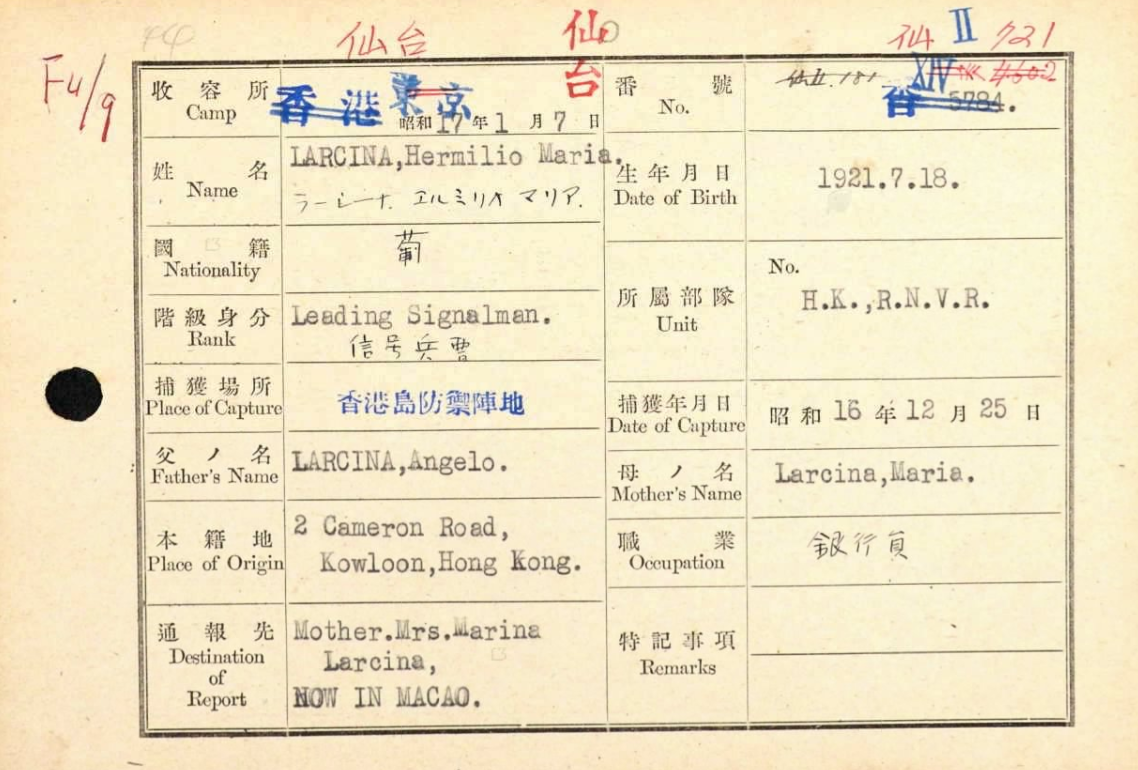 Born on 18 July 1921 in Hong Kong, son of the Portuguese Angelo and Maria Larcina.

Together with other Portuguese and Allied prisoners, he was later transported to Sendai camp, Japan.