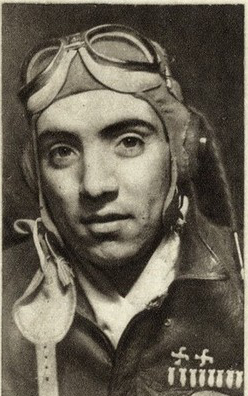 The Portuguese-descendant and Technical-Sargeant Herman Sousa Pacheco Jr. was a gunner aboard a US Army Air Force Flying Fortress, where he enlisted on June 3, 1943, aged 23.

For having shot down two German planes, Herman Pacheco was awarded the Air Medal and later also receives the respective "Oak Leaves". The news of the achievements of this Portuguese-American was given in April 1944 by the Portuguese magazine Mundo Gráfica, an information/propaganda publication sponsored by the Allies.