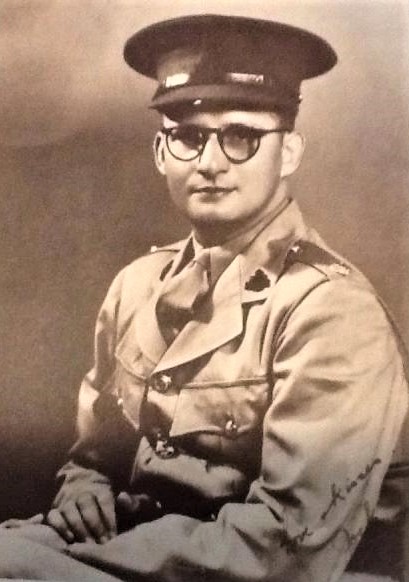 Joaquim Guterres with his officer uniform of the HKVDC.

Joaquim Guterres was a lieutenant in the Hong Kong Volunteers Defense Corps.

Born in Hong Kong he was the son of Portuguese parents.

During the Japanese conquest he was captured and sent to the Sham Shui Po Prison Camp where he died in July 1942.

According to Japanese authorities the death was due to dysentery.