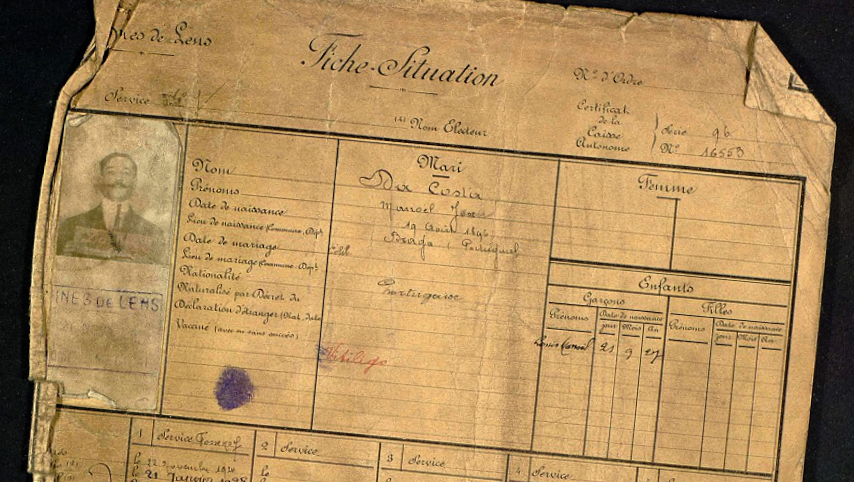 Manuel José da Costa (Manoel, according to French records) died on May 21, 1940, possibly victimized by the fighting that took place near the city of Divion - where he lived with his wife and children - during the advance of the German troops that led to the surrender of France. In that period and in the Pas-de-Calais area there were intense battles that opposed, among others, armored units commanded by Rommel (Germany) and de Gaulle (France).

A miner by profession, records of Manuel have been known in France since 1924, when his name appears associated with the Compagnie de Lens, in Wingles, where he worked until 1928, when he traveled to Portugal for a period.

He officially married Marie Pauline Longeville, a Belgian born in 1917, on April 22, 1933, at a time when the couple already had three children - Manoel, Jacques and Claudine Maria da Costa. All survived the war.

The name of Manuel José da Costa appears on the monument to the Victims of the 1939-1945 War erected in the city of Divion.

Note: António Marrucho initially published this information in Luso Jornal, a Portuguese French newspaper based in France. We thank him for his willingness to share it with "Portugal 1939-1945"