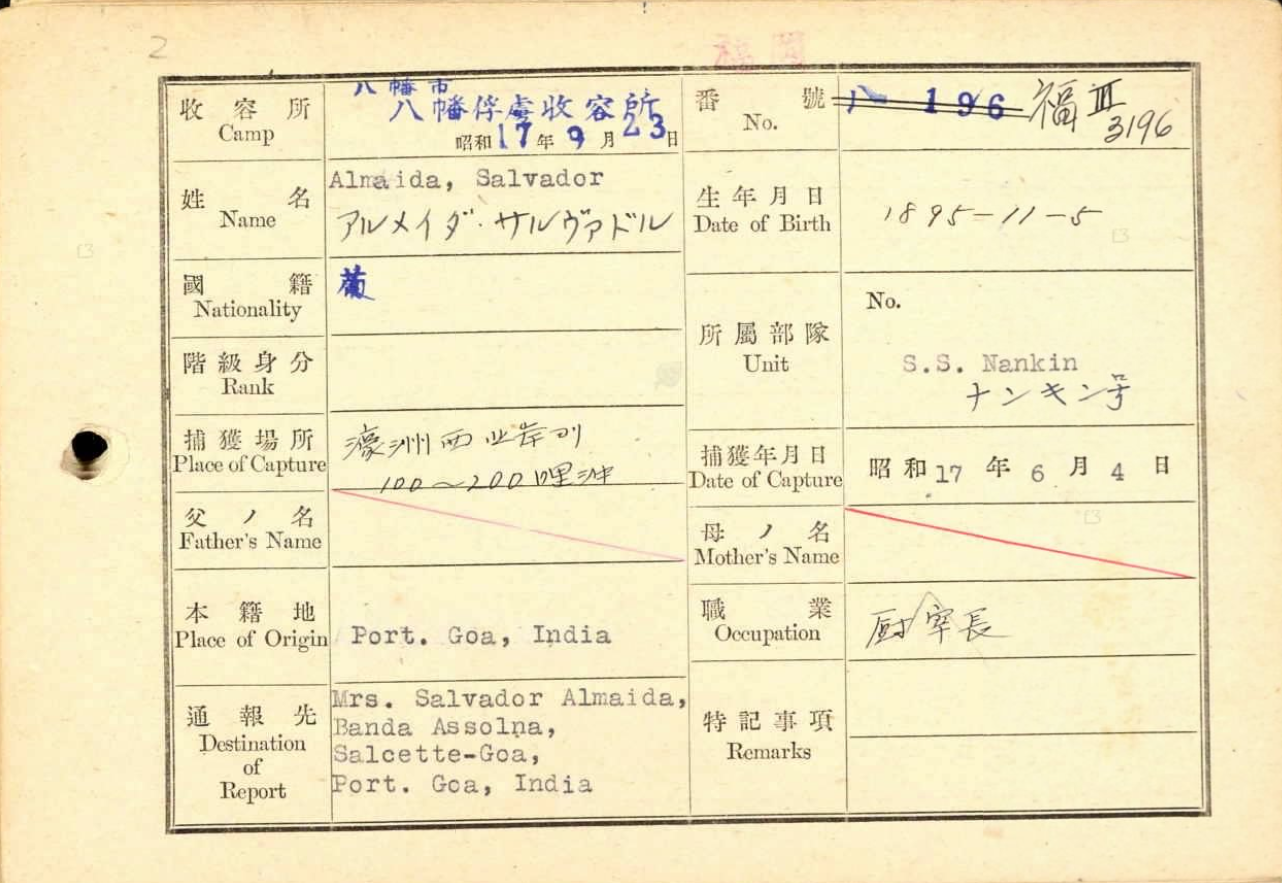 Salvador Almaida was a crew member of the British ship Nankin when it was boarded by the german auxiliary cruiser "Thor" on May 10, 1942.

Ship and crew were imprisoned and taken to Japan.

The crew and some passengers were sent to various internment camps.

The ship remained in the Yokohama port until November 30 of the same year, when it exploded during a supply operation.

Almaida survived his japanese captivity, being released on September 2, 1945. 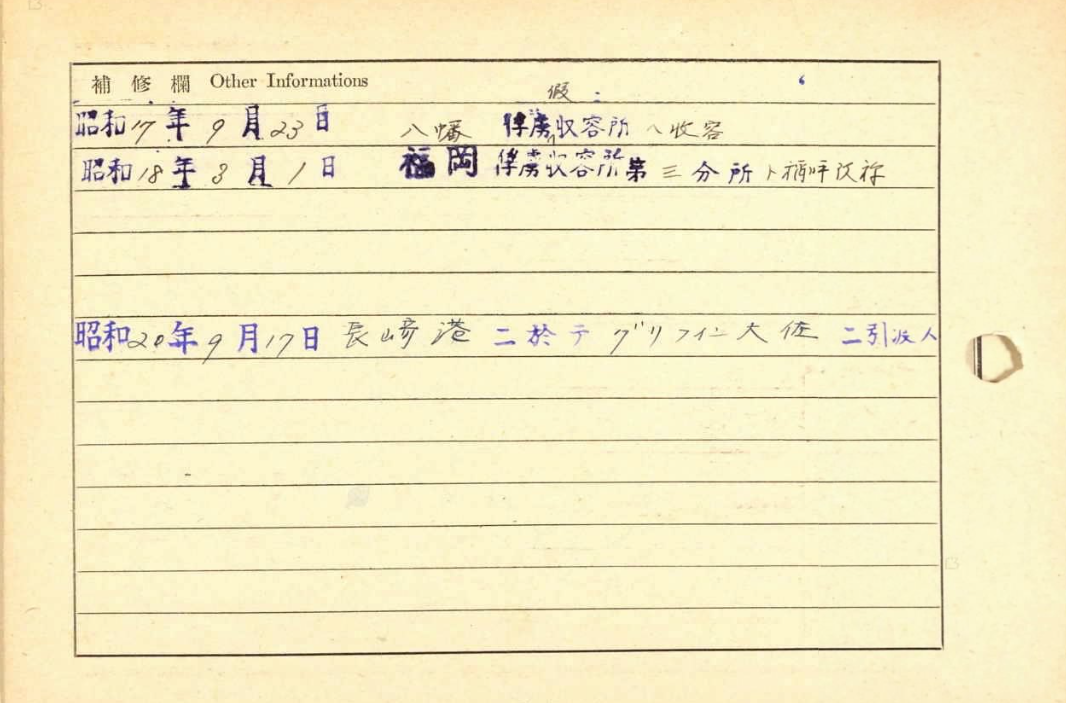 Prisoner card of Salvador Almaida (back)