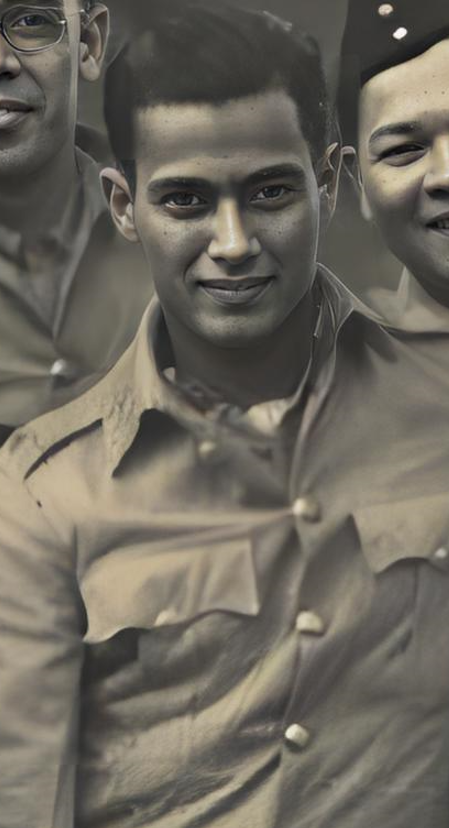 Born on April 30, 1914 in Hong Kong, son of the Portuguese Henrique and Edalina Campos.

After the Japanese conquest of Hong Kong, he was taken prisoner. Sent to the Sham Shui Po internment camp, where later, along with other Portuguese and Allied prisoners, on April 29, 1944, he was transported to Sendai camp, Japan. 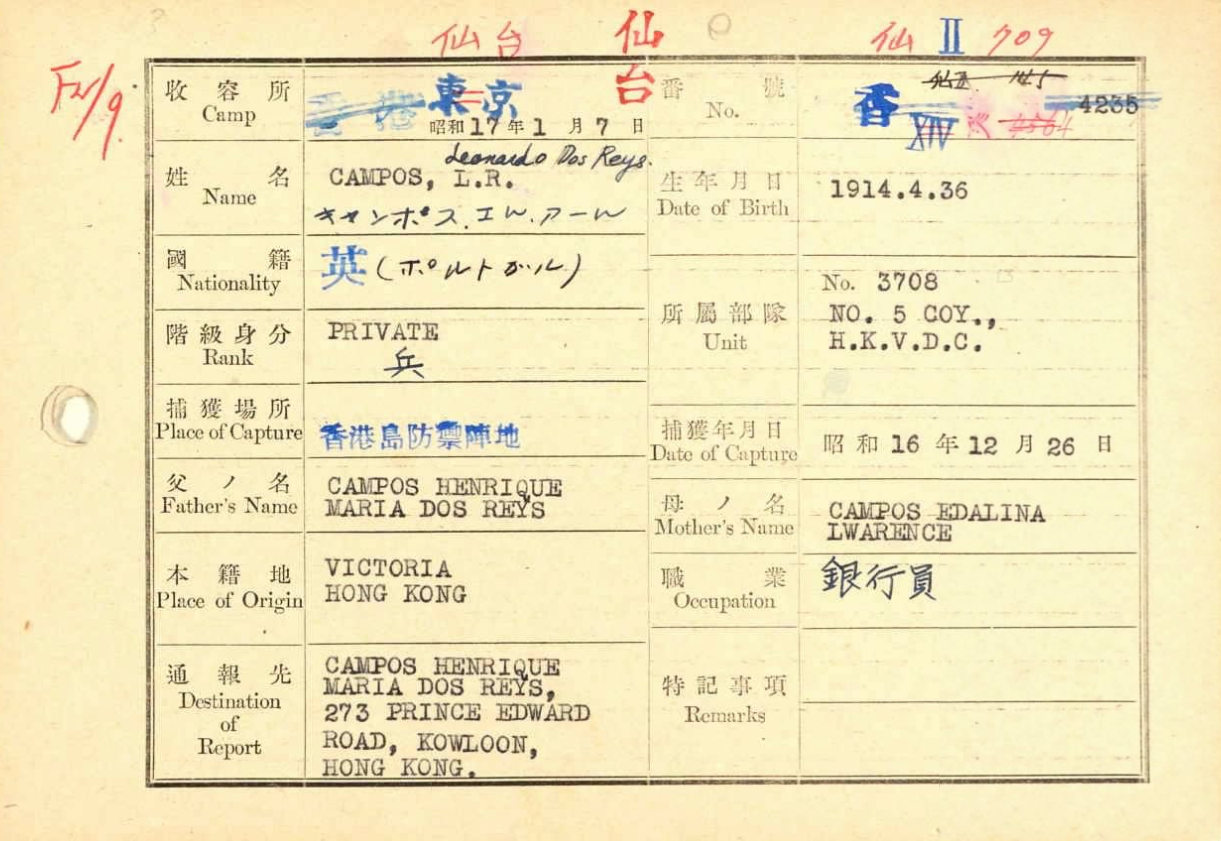 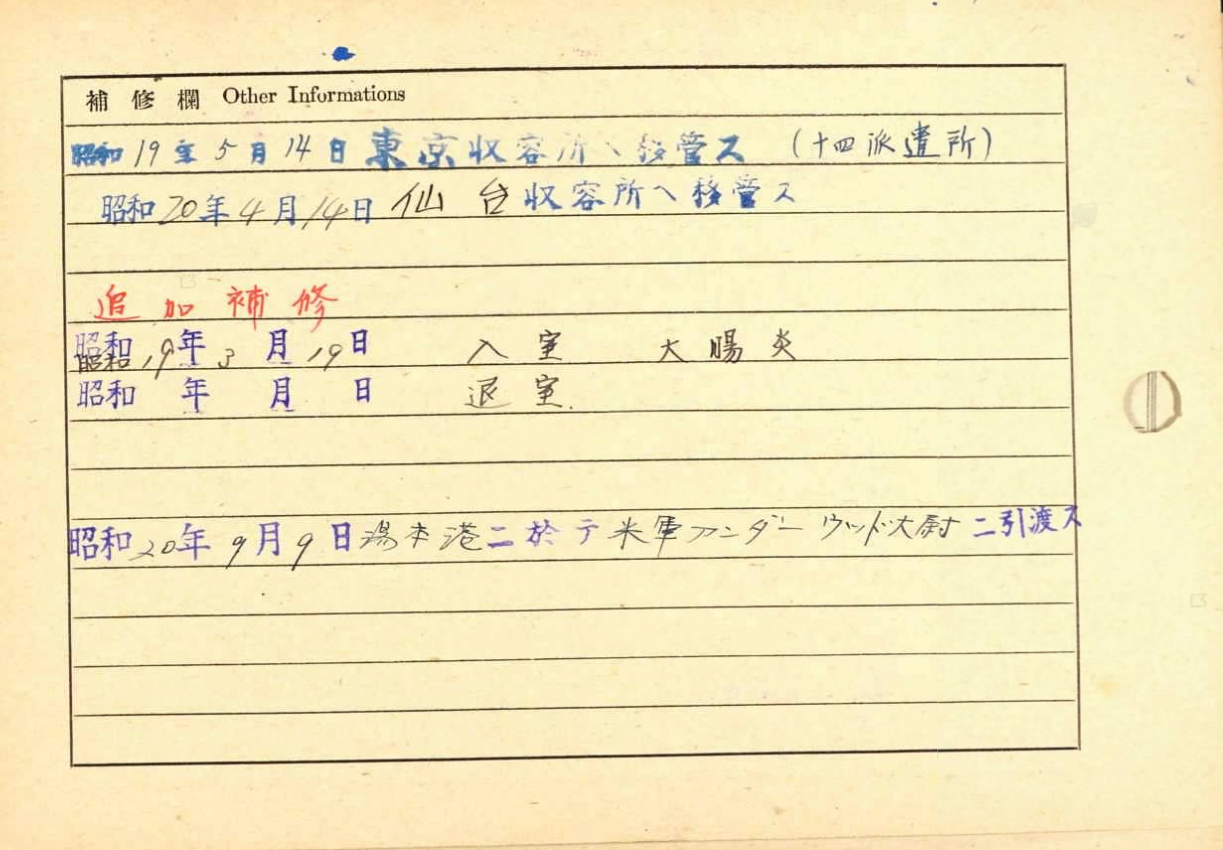 Prisoner card of Leonardo Campos (back)