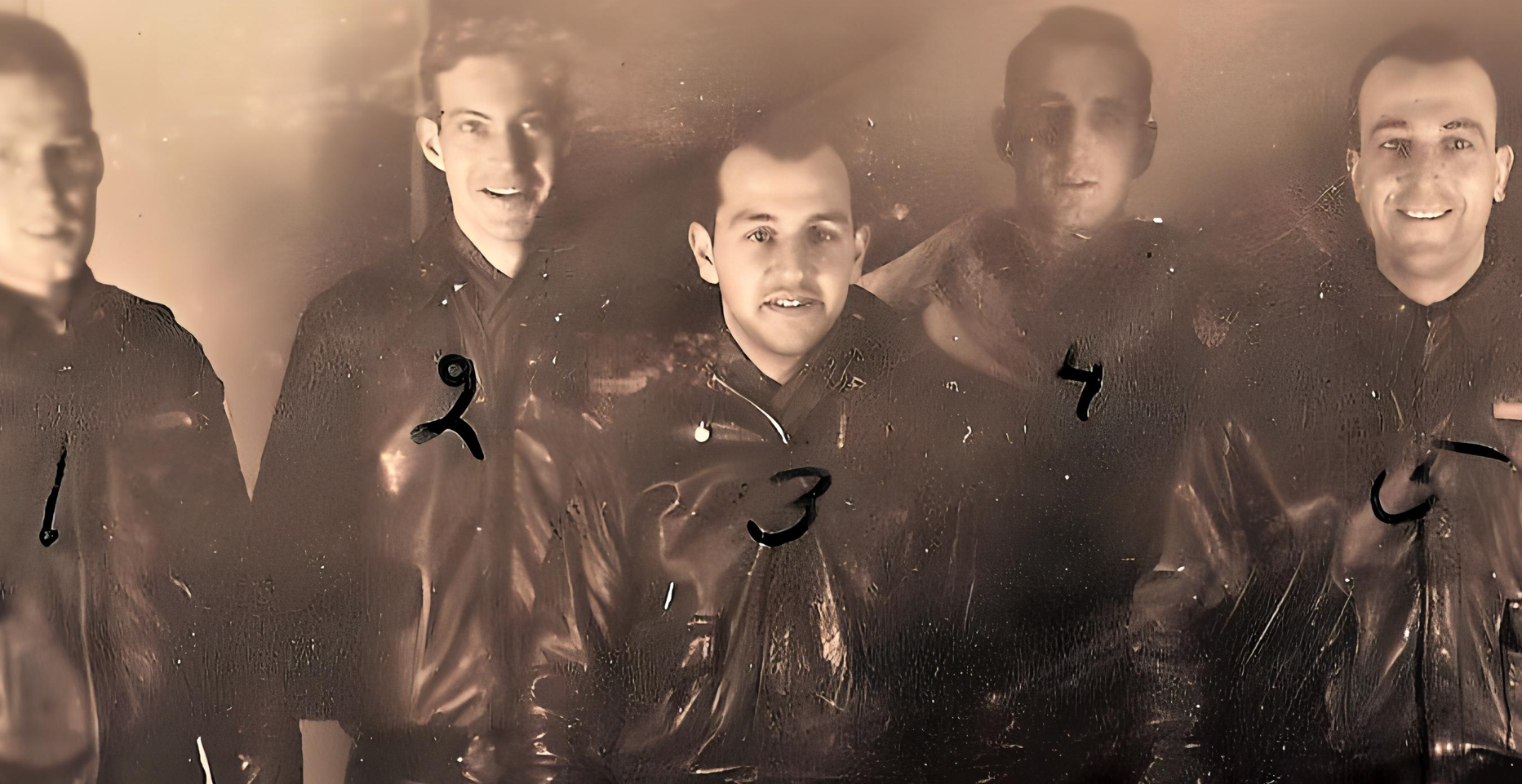 A member of the United States Army Air Corps, Augusto was a B-17 ball turret gunner in the Second Bombardment Group. On December 11, 1943, on a German ground attack mission, the B-17 in which Augusto Pereira was following, even before reaching the designated target, was in poor condition after a relentless German anti-aircraft defense. The bombs were dropped even before their destination and on the way back, with an aircraft unable to keep up with the others in the squadron, the crew decided to abandon the bomber. However, the message to abandon the aircraft did not reach the remaining crew members in the rear, as the flight engineer responsible for warning them fell through the bomb discharge doors, which were open due to electrical malfunction.

With only one engine running, the aircraft "plummeted" towards the ground. Of the ten crew members on board, only five managed to save themselves by ejecting.

Augusto Pereira's body was found still inside the wreckage of the circular tower.  The survivors were captured and promptly interned by German authorities. 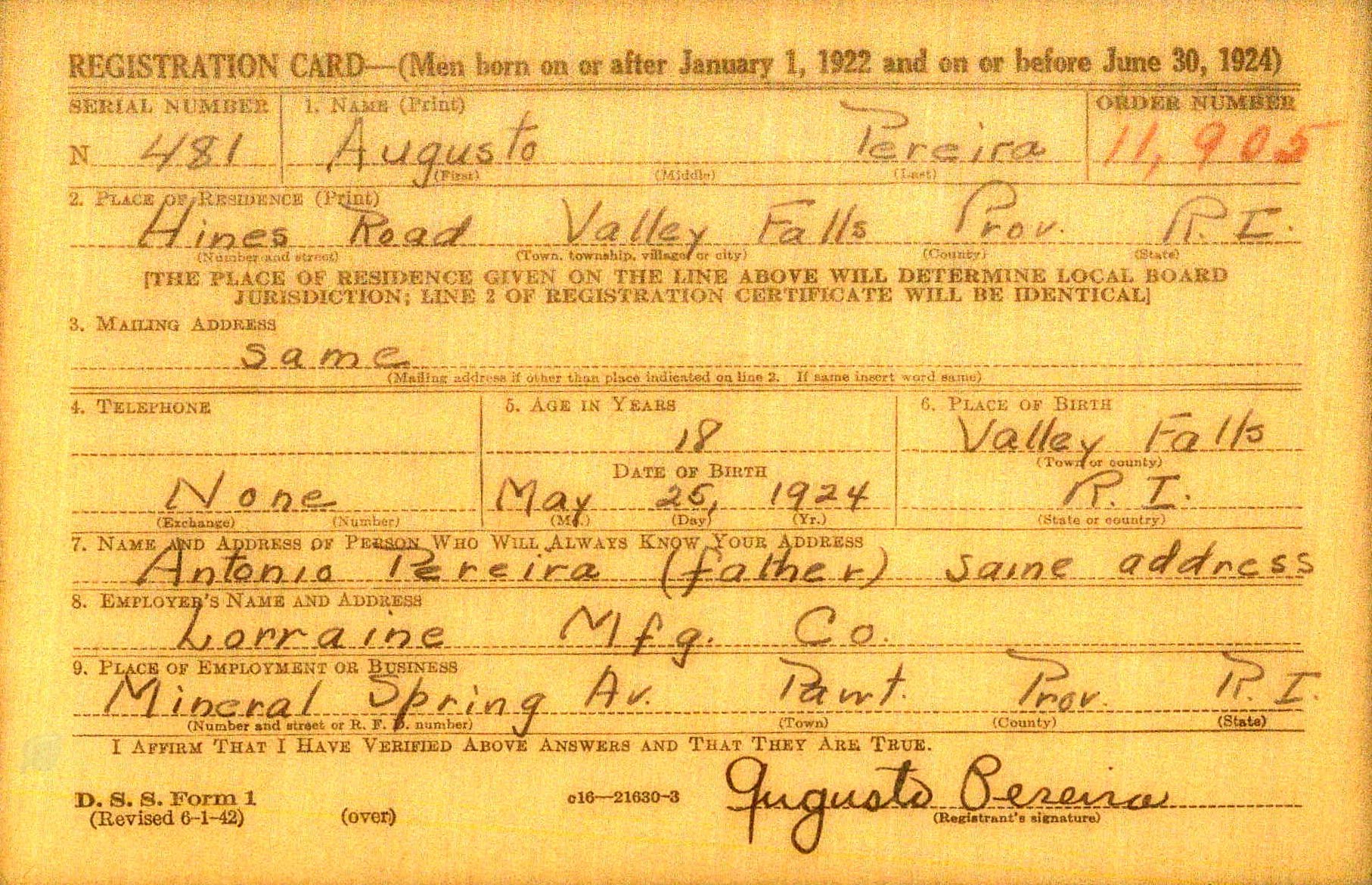 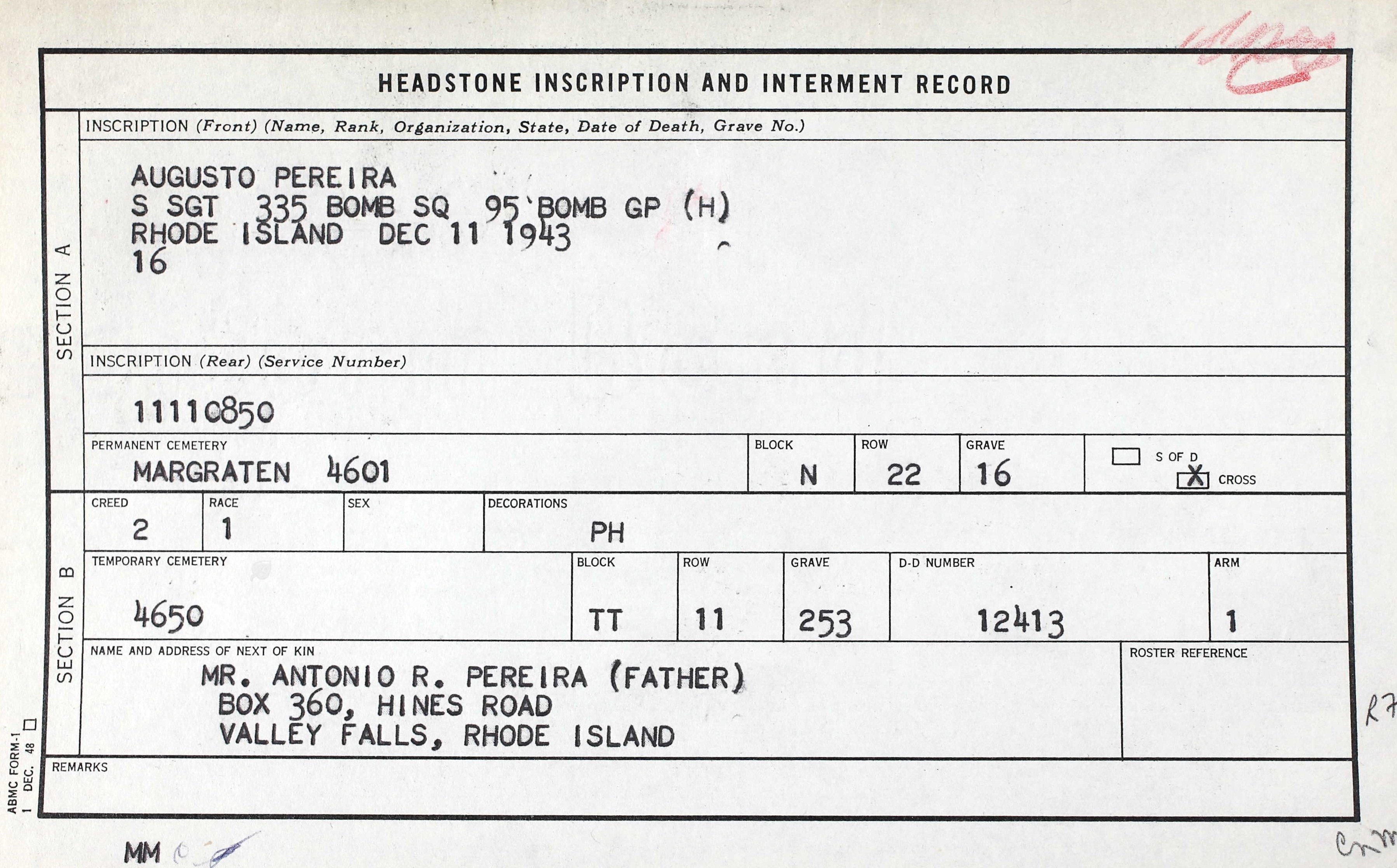