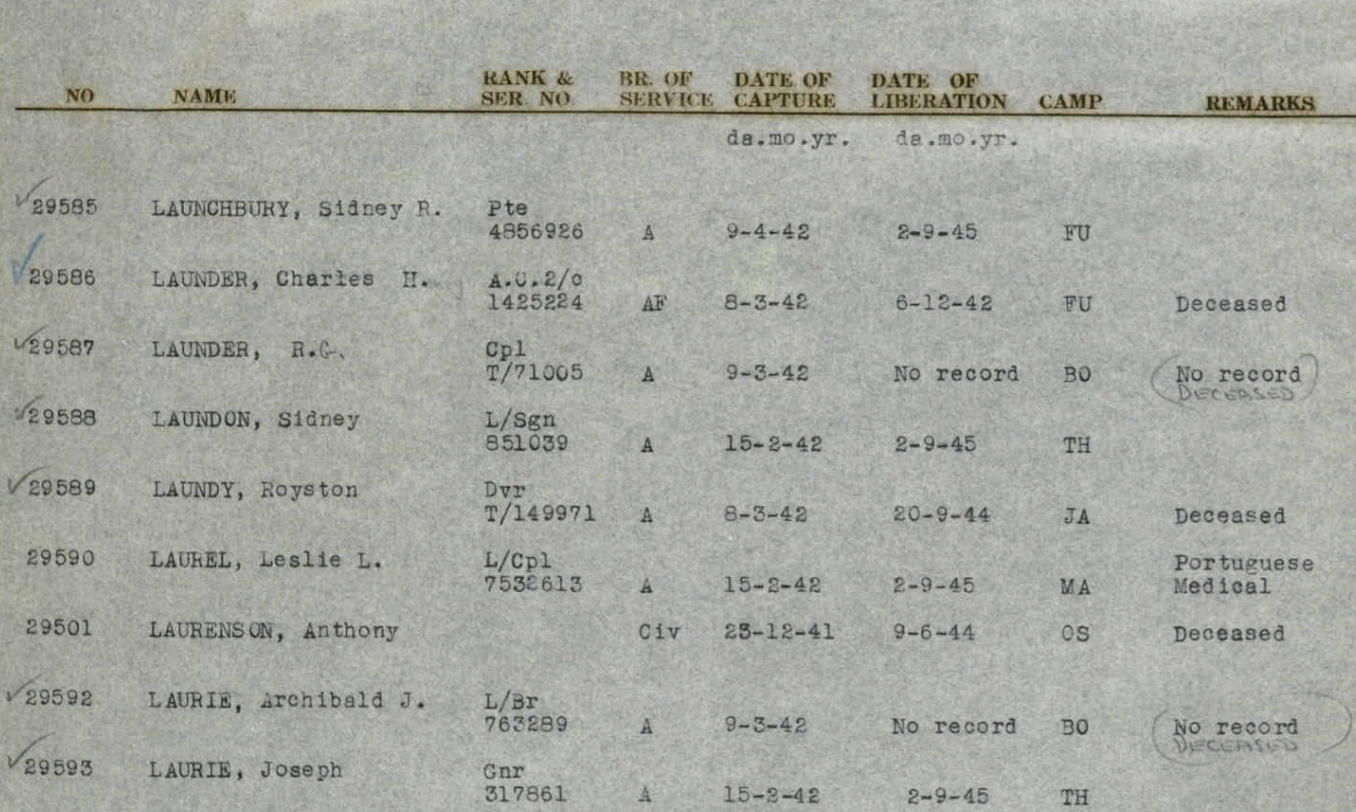 Leslie Luciano Laurel was a corporal in the British Army Medical Corps.

He was born on March 23, 1918 in Hong Kong, the son of the Portuguese Felix Cypriano Laurel and Eliza Guimaria Brown.

After the Japanese conquest of Singapore, he was taken prisoner. He passed through several prison camps during his captivity, including Changi and Kranji, the latter and residing in Hut 11, from where he was rescued by allied troops.

Because of his medical specialty, he was part of the "hospital staff" at Kranji prison. 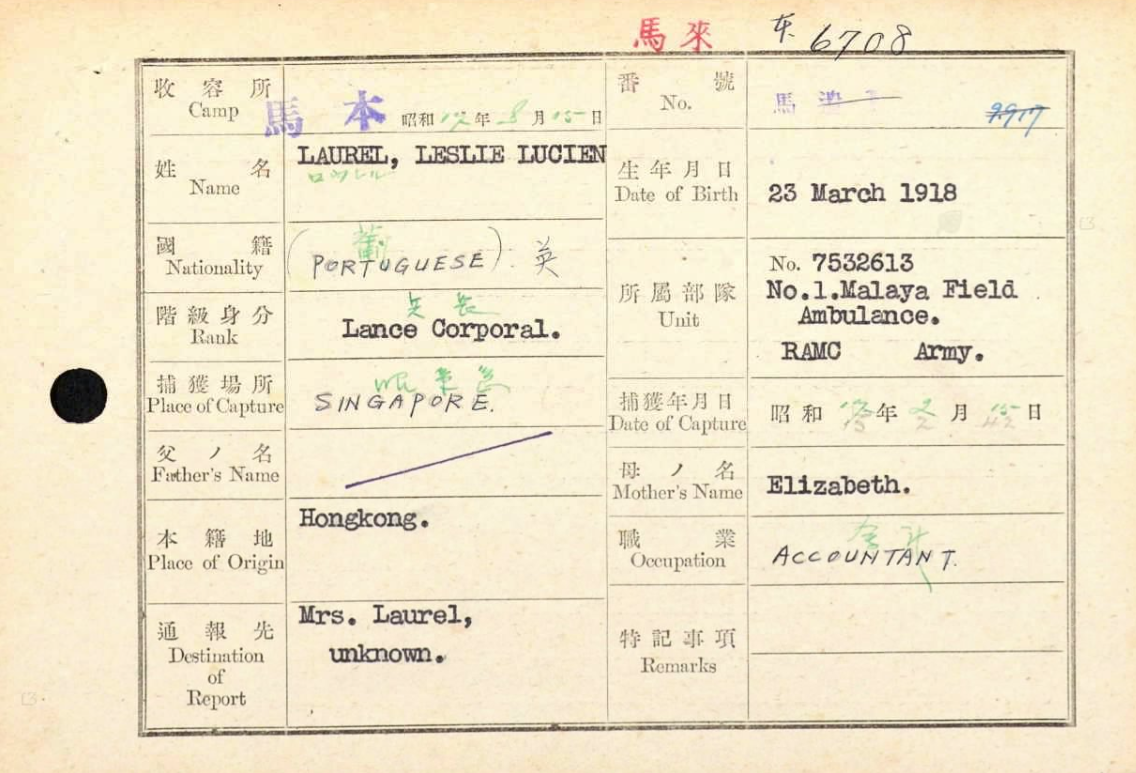 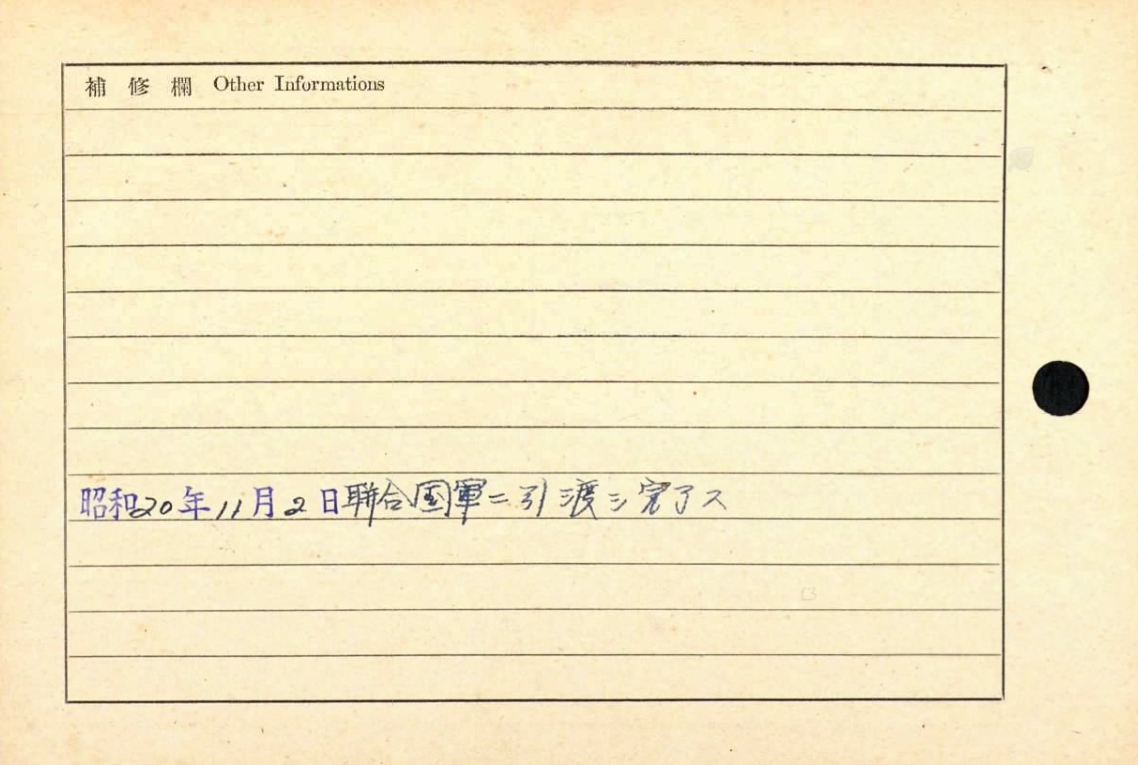 Prisoner card of Leslie Laurel (back)