It was around 3:30 pm on October 5, 1942, when the Portuguese steamer Mouzinho, traveling between Funchal and São Tomé island, found the lifeboat with 32 survivors of the English merchant Baron Ogilvy, torpedoed on September 29 by U-125.

Despite having on board a large number of provisions collected from other lifeboats and rafts, the men were weakened and tired. The Mouzinho, on a journey through the colonies until Mozambique and back to Lisbon, left the survivors in Cape Town, South Africa, on October, 21. According to Captain Steven's report they were treated very well and everything possible was made on board to restore them to health.

In Cape Town the British crew offered a watch to the Portuguese steamer's commander and a commemorative plaque that was placed in one of the halls. Among the passengers left in Lourenço Marques by Mouzinho were other 56 castaways, of Indian origin, who had belonged to the British Clan Macwhirter and were being repatriated. 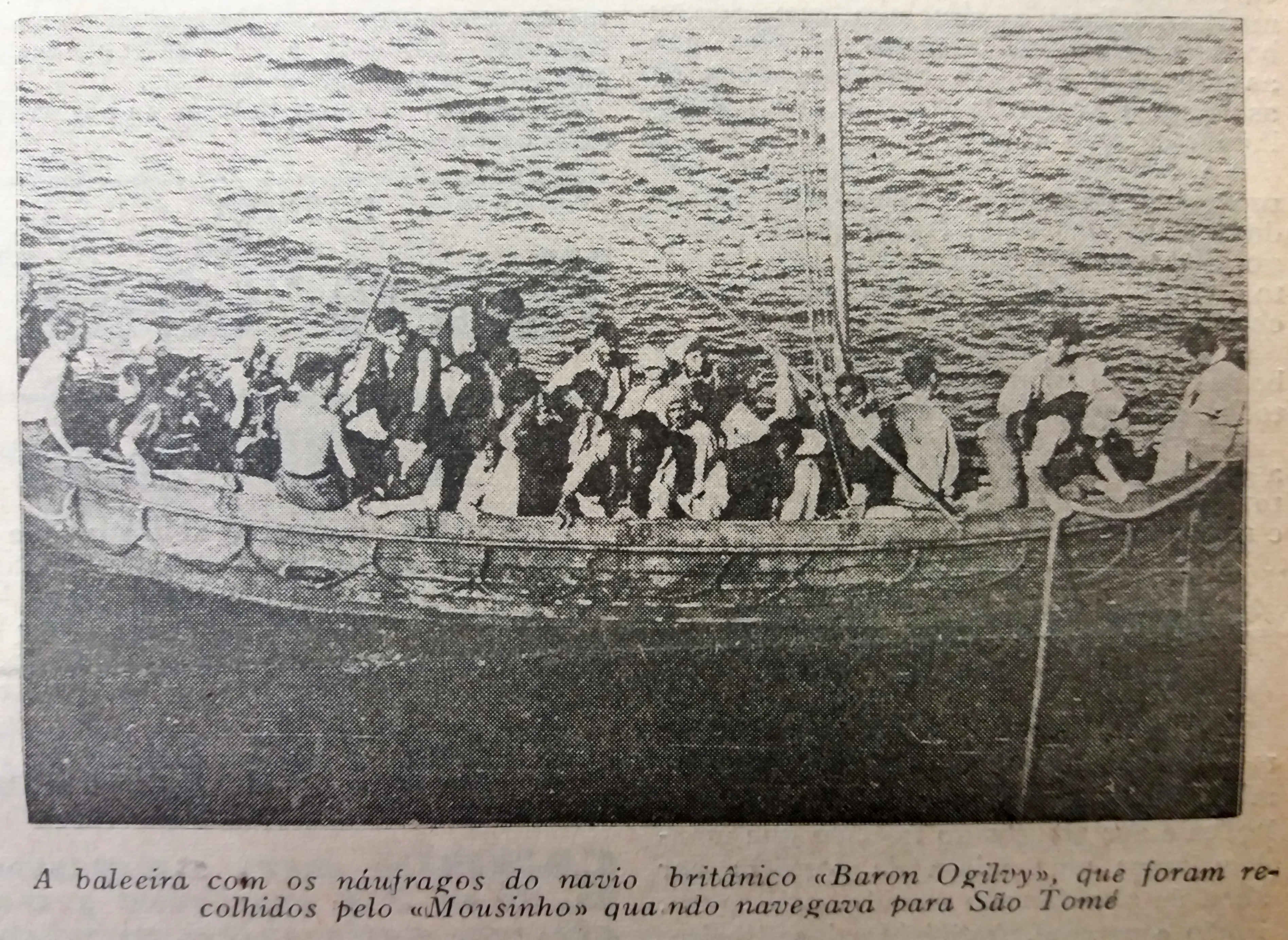 The castaways being found by the Mouzinho
(Picture: Newspaper "Notícias")

Baron Ogilvy was hit, within the space of few seconds, by two torpedoes fired by U-125 at about 10.10 am on 29 September. A gigantic column of water rose and fell on the deck where the the explosion bursted hatches and projected cargo in all directions. Some of those who disappeared probably died in this moment.

All the lifeboats were damaged, but the survivors were able to repair one of them that finally received everyone. They headed for the African coast, but were picked by the Portuguese steamer.

The “Maria Terceiro” picked up the crew of “Empire Warrior”