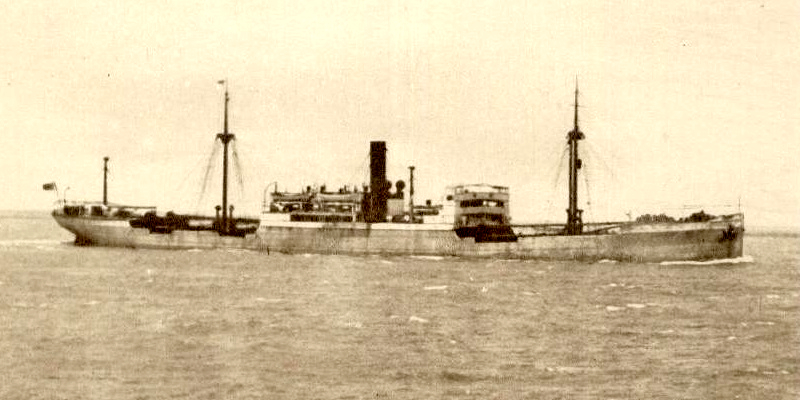 The Portuguese steamer Cubango was returning to Lisbon when - on September 21, 1942 - the crew spotted a lifeboat with 13 castaways from the Dutch merchant Breedijk, sunk on September 14 by U-68. It was the second lifeboat the Portuguese ship found in about 24 hours, as they had  already on board 15 Englishmen from the Trevilley sunk on the 12th.

The Dutch were in good shape considering the time they had spent at sea. They said that the good form was due in part to the American pemican they had in the lifeboat and that it had been important to ensure both food and morale.

As the Cubango did not have a shortwave radio, it reported the discovery of the castaways to  the also Portuguese merchant Malange, but the latter did not relay the information to Lisbon. The Navy in Lisbon capital would only become aware of the rescues when a new message was sent from Bissau, in the Portuguese Guinea, where a stop was made.

The Portuguese steamer Cubango entered Lisbon shortly before 6 pm on October 5, 1942, bringing on board 28 shipwrecked men from two ships.

The Breedijk was sunk shortly before the morning of the 15th of 1942 by U-68 which torpedoed her causing a fire. The captain and another crew member died, but the remaining 50 managed to escape in four lifeboats. At 18 one was found by HMS Corinthian, searching for Laconia survivors, and at 23 HMS Decoy collected another while the fourth arrived in Ivory Coast.