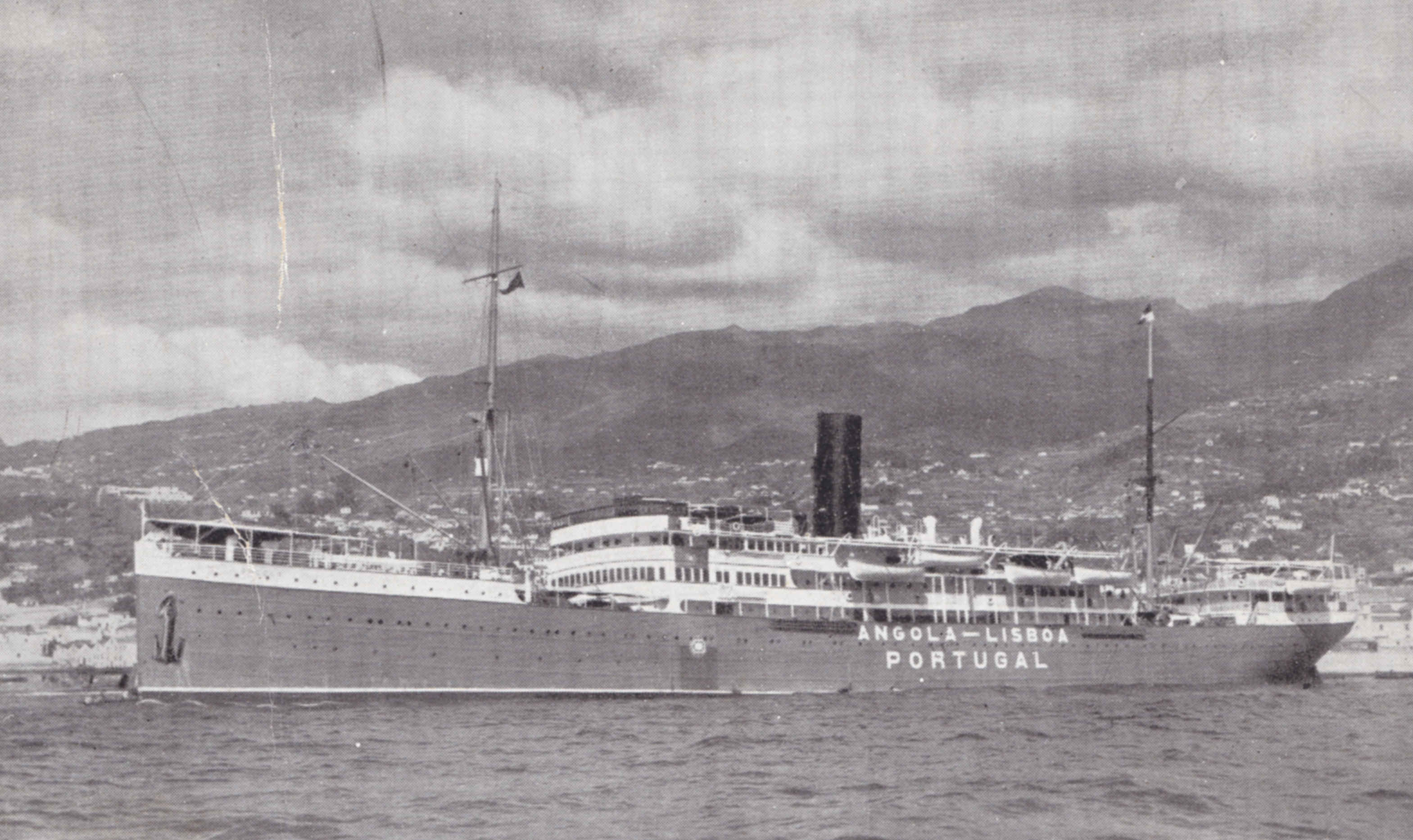 The "Angola" rescued the shipwreked from the Wray Castle
(Postcard, Uknown author)

The passenger ship “Angola” travelled between the islands of Saint Vicente, in Cape Verde, and Saint Thomas on a trip through the Portuguese African colonies, when at 01:15 am on May 4, 1941, some crew members saw at the distance, some red lights and a white light that made them change course.

Fifteen minutes later the engines were stopped after they had located the whaler carrying 43 castaways from the British freighter “Wray Castle”, sunk some hours before (20.45 hours) by U-103.

Captain Nazareth Cardoso questioned Captain Dobeson about the possibility of other shipwrecked, but the latter informed him that the entire crew of the “Wray Castle” were on those lifeboats, and only an Arab fire-fighter was missing but he had disappeared when the ship sank.

Interestingly, the Governor of the Island of Saint Thomas designated by Lisbon, Amadeu Gomes de Figueiredo, was on board of the “Angola”, and he quickly made contact with the shipwrecked, getting everything they needed when they arrived on the 7th of May.

On May 8 the shipwrecked went on board of the passenger steamer Lourenco Marques who took them to Freetown where they arrived on the 14th of the same month. The treatment they received from both Nazareth Cardoso and Amadeu Gomes de Figueiredo led the British commander to request that both be "officially acknowledged" by the British authorities.

The sinking of Wray Castle

Wray Castle had left Cape town alone with orders to delivery 6.9 tons of sugar in Freetown. The inexistence of information about the presence of u-boats in the South Atlantic in the days leading up to the departure gave Commander Dobeson enough confidence to make the trip.

On May 3 the ship was hit by two torpedoes that caused heavy damage to the hull and superstructure. In spite of the destruction, the communications officer stayed at his post trying to repair a radio system and call for help, but failed to do so in good time, having been dragged by the commander of his post. One of the whalers was also equipped with a small retransmitter that was used to issue several distress calls that did not have any results and even the nearest ship, the “Angola”, did not receive any transmission.

The Portuguese ship was sighted at the distance due to the fact that it was completely illuminated, reason why several red rockets were launched.