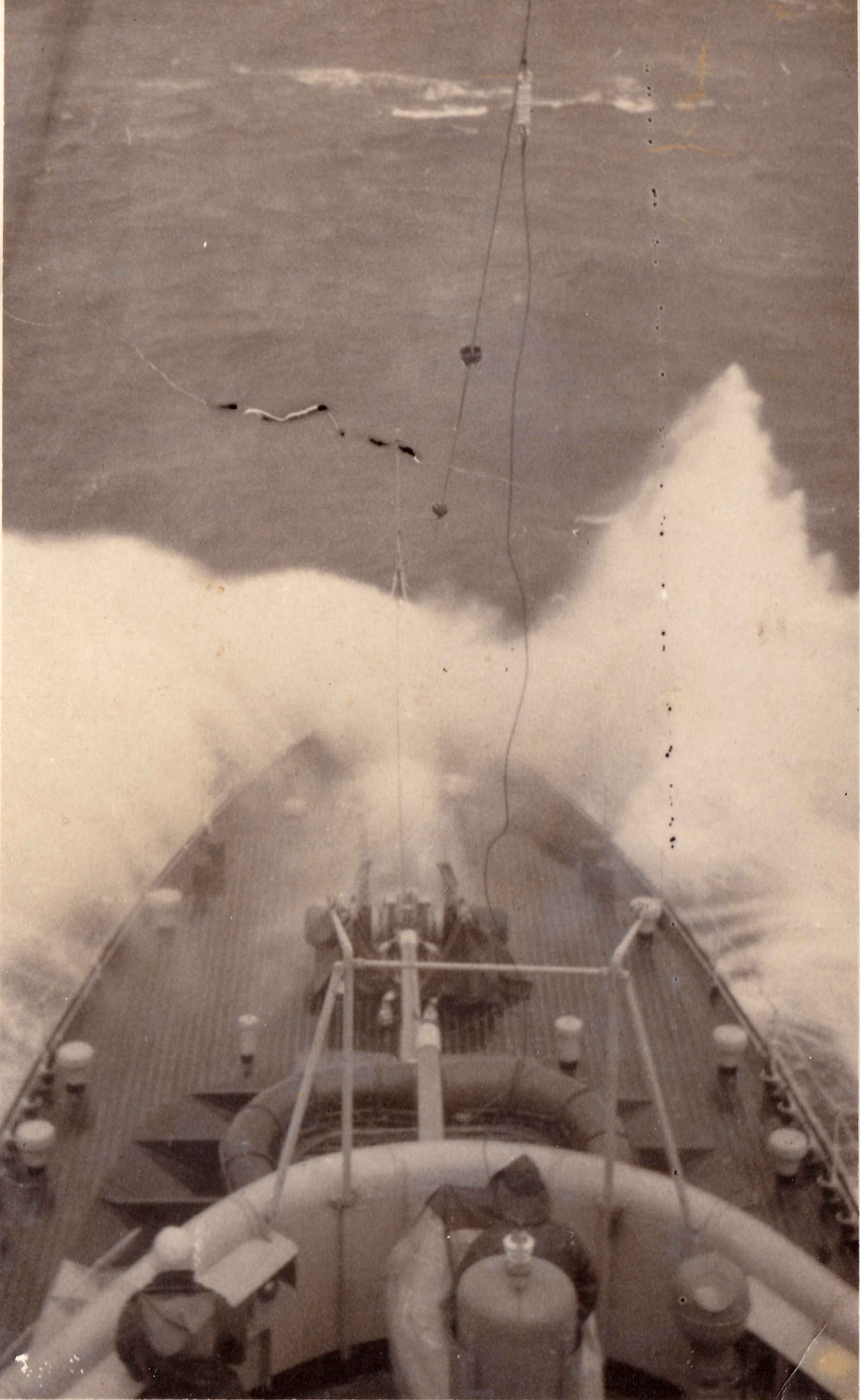 On the night of November 13, 1942, the watch officer aboard the Portuguese Navy sloop NRP Bartolomeu Dias saw a red light on the starboard side at a distance of about a mile. It was just a few seconds glimpse, but it was enough for the crew to became more alert and vigilant.

For a long time they didn't see anything, but around midnight, some white and diffused lights were seen again. A little later, there were also more red flashes, but it was impossible to ascertain at what distance they were. The bow projector was turned on and the ship stopped for a quarter of an hour, but nothing could be seen or heard. For safety, the commander, Capitão de Mar Guerra Caetano Coucello, left the area returning just at dawn with the intention of finding out what was out there.

They were back in the area shortly after five in the morning and when they turned on the projector they received a white light in response, 30 degrees to the port side, towards which the Bartolomeu Dias headed. Despite a sudden downpour having clouded visibility, at some point it was possible to see a point that grew to become a rescue boat carrying 21 men, who released weak “hurrays” while the sloop maneuvered to collect them. Due to the weak state they were in, they had to be helped up and two had to be carried by Portuguese sailors. All belonged to the crew of the British merchant Dagomba.

After getting on board, they were taken to the infirmary where they received medical care to treat sunburns, infected wounds, boils, etc… . Seven received extra care from the doctor and one, Commissioner Bunnett, was hospitalized due to the seriousness of his situation. Already in the lifeboat he had had hallucinations, not jumping into the water only because his companions prevented it. With “burns, excoriations, bruises and wounds, all infected, in the entire posterior region of the body” - as Bartolomeu Dias' medical report notes - he died the same afternoon. The body was buried in the sea the following day during a formal ceremony. The British captain was also in an “unregulated” state and only by force had the crew called him to reason in the lifeboat.

It was later discovered that the red lamp used to make distress signals had only battery for a few seconds, and the people on the Bartolomeu Dias had been lucky to see it. The light seen at dawn was the result of burning burlap and papers inside a bucket that the rain had quickly doused.

The 20 castaways were left in the port of Luanda, in Angola, on 23 November. Three days later they boarded the steamer Angola which detoured to Freetown where they were dropped off at 30.

The Dagomba was traveling alone when, at 6 pm on 3 November 1942, she was hit almost simultaneously by three torpedoes fired by the Italian submarine Ammiraglio Canga. The crew abandoned him in the two portside lifeboats as the pair on the starboard side had been destroyed by the explosions. The submarine surfaced nearby and one of the officers tried to find out if anyone was hurt; then he provided the allied crew with the position, water, cigarettes, cans of meat, and cookies.

For a few hours the boats traveled together but during the night they became separated. One was picked up by Bartolomeu Dias on November 13 and the other had been found two days before by the French sloop Annamite, loyal to Vichy, who interned the crew in Dakar, Senegal, until the Americans disembarked there days later.