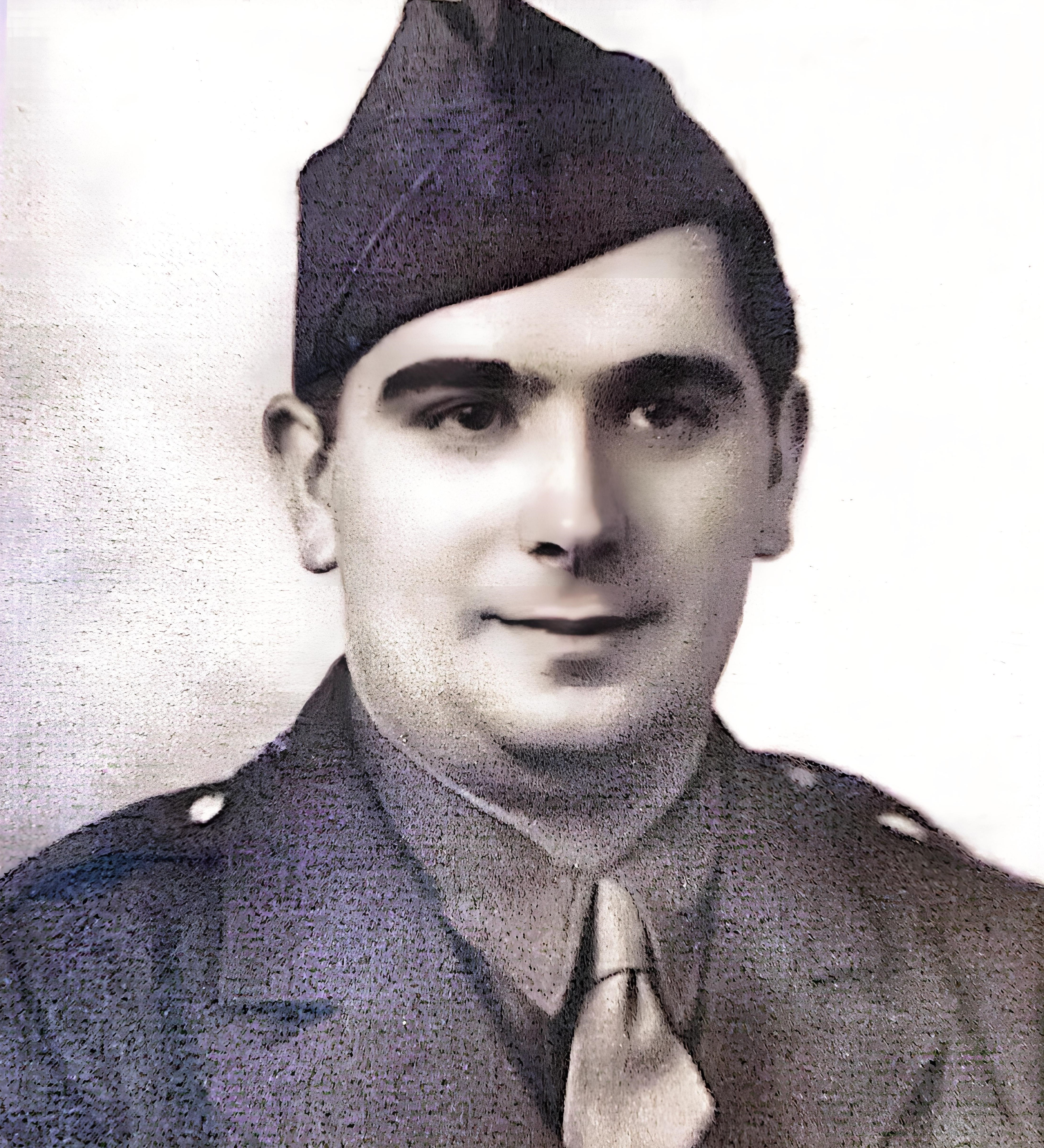 "Frank" Ray reported himself for recruit into the United States Army in late September 1943 in Providence, Rhode Island. After basic training, he attended specialized training at the Radio and Telephone Communications School in Wilmington, North Carolina, finishing the course as a Private First Class . Due to excellent performance, he was initially invited to remain as a Communications instructor, but due to changes in war strategy, he was simply transferred to Advanced Infantry Training at Fort Jackson, South Carolina. Upon completion of training and classified as a substitute radio operator in the 2nd Army, he was sent to Italy landing in Naples on Christmas Eve 1944.

Integrated in the 10th Mountain Division, he participated in the campaigns of Florence, Bologna, and Pisa, where he almost lost his life. During the crossing of the Po River and under fire, the boat transporting personnel capsized, taking numerous American soldiers to the bottom due to the weight of the equipment they were carrying, including Francis. However, a companion dragged "Frank" back to the surface, releasing the radio from his back.

Transferred back to the United States at the end of the Italian Campaign, he was sent to "Camp Carson," Colorado, where he ended the war as a guard for the approximately 5,000 German prisoners held there. Honorably discharged in 1945, he was awarded the Leadership Medal, Good Conduct Medal and Ribbon of the Europe-African-Middle East Campaign.