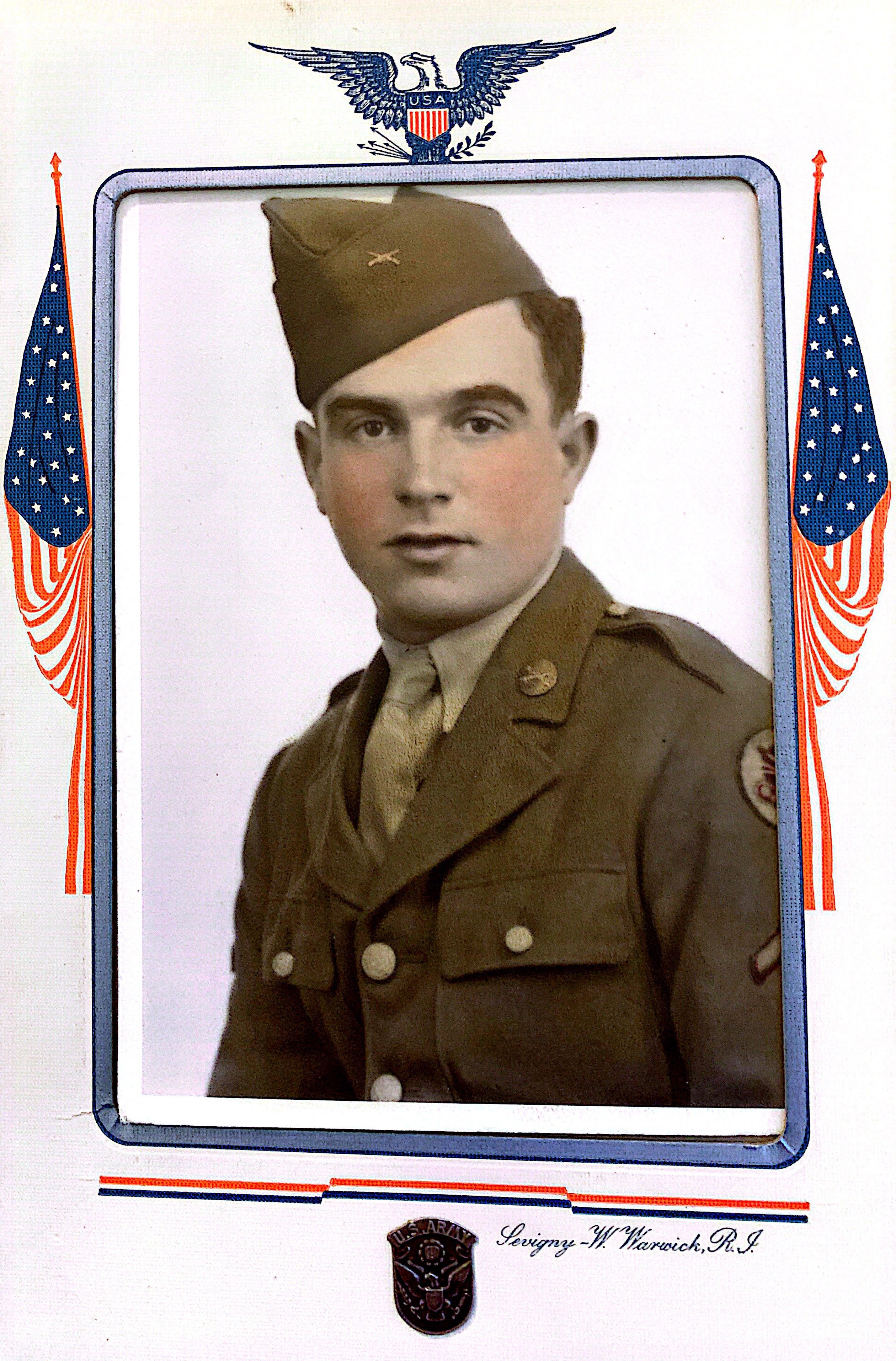 The eldest son of Azorean immigrants from Vila Franca do Campo, island of São Miguel, Daniel Furtado was born in West Warwick, Rhode Island on July 27, 1921.

Daniel presented himself for enlistment in the U.S. Army on October 1, 1942 in Providence, Rhode Island. Following basic training and later specialized training as a marksman rifle expert and carbine gunner, he was shipped to Europe with his unit arriving on June 5, 1944, where he served as a heavy truck driver throughout the Northern France Campaign with Company C, 806th Tank Destroyer Battalion.

At the end of the war during the demobilization of troops, he was shipped home arriving in the United States on February 21, 1946. 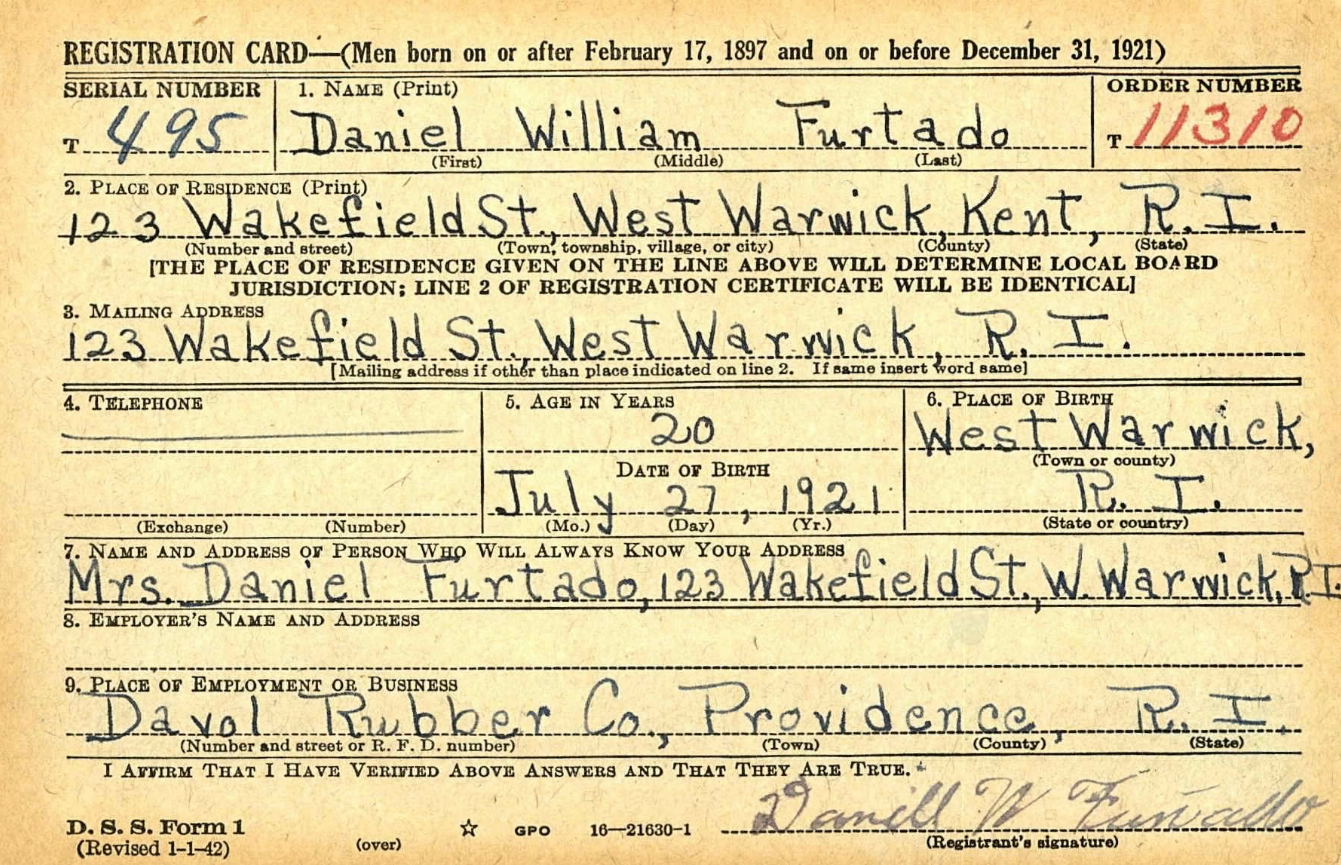 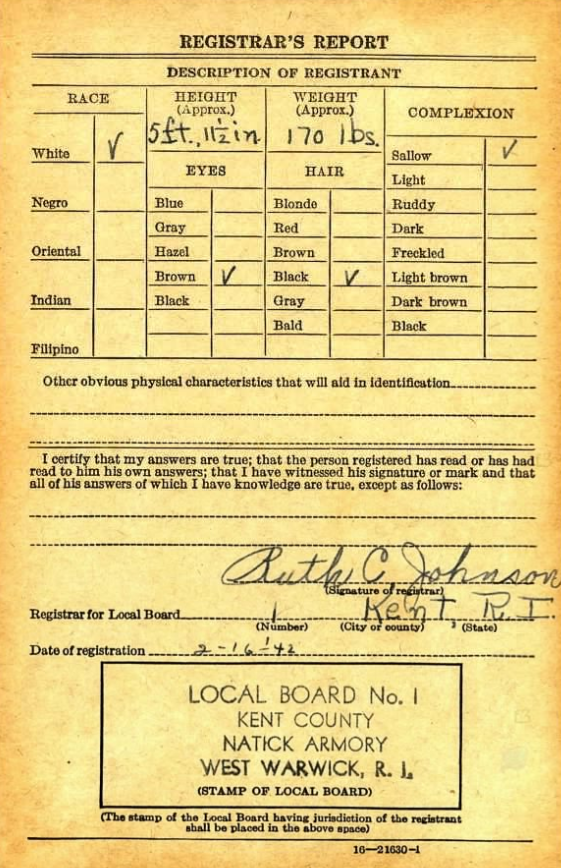 Recruitment card of Daniel Furtado
(back)