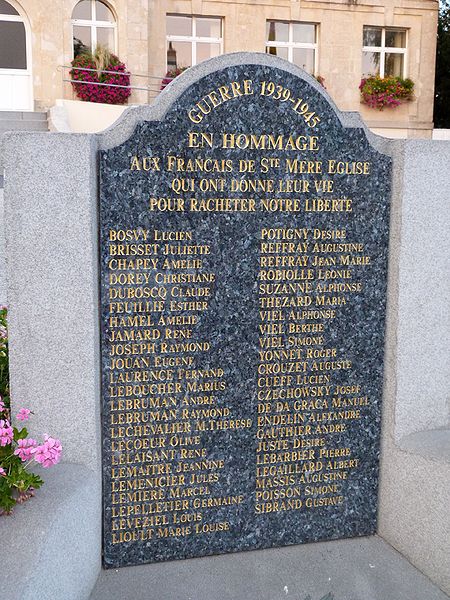 Manuel da Graça, born in Vila Nova de Ourém, central Portugal, was one of the civilians who met his death in Sainte-Mère-Église, in Normandy, on June 6, 1944, the day of the Allied landing in France, the well-known D-Day.

The Portuguese was one of the civilian victims of that day in the village that become a symbol of the liberation of France. Sainte-Mère-Église is considered the first town to be liberated by the Allies and was at the center of the action of the American paratroopers - the famous 82nd Airborne Division - who conquered the small town of about 1,200 inhabitants in the early hours of June 6th.

In fact, there is a famous image of a paratrooper who was left hanging from one of the church's pinnacles - soldier John Steele - and who pretended to be dead not to be shot by the Germans. Even today, the same pinnacle has attached a parachute and a mnikin dressed as a paratrooper to remember what happened that day and honor its liberators.

Between the 6th and 7th of June there were several battles in the streets and surroundings of the small village. Several attacks and counter-attacks, sometimes accompanied by German artillery barrages, destroyed about 60 percent of the buildings and caused heavy casualties among the military and the civilians.

Among the residents, 25 died on the first day and four more on the following day. Manuel da Graça was one of them, being remembered today in a monument that shows the names of the 38 civilian who died in the Name of Freedom in Sainte-Mère-Église during World War II.