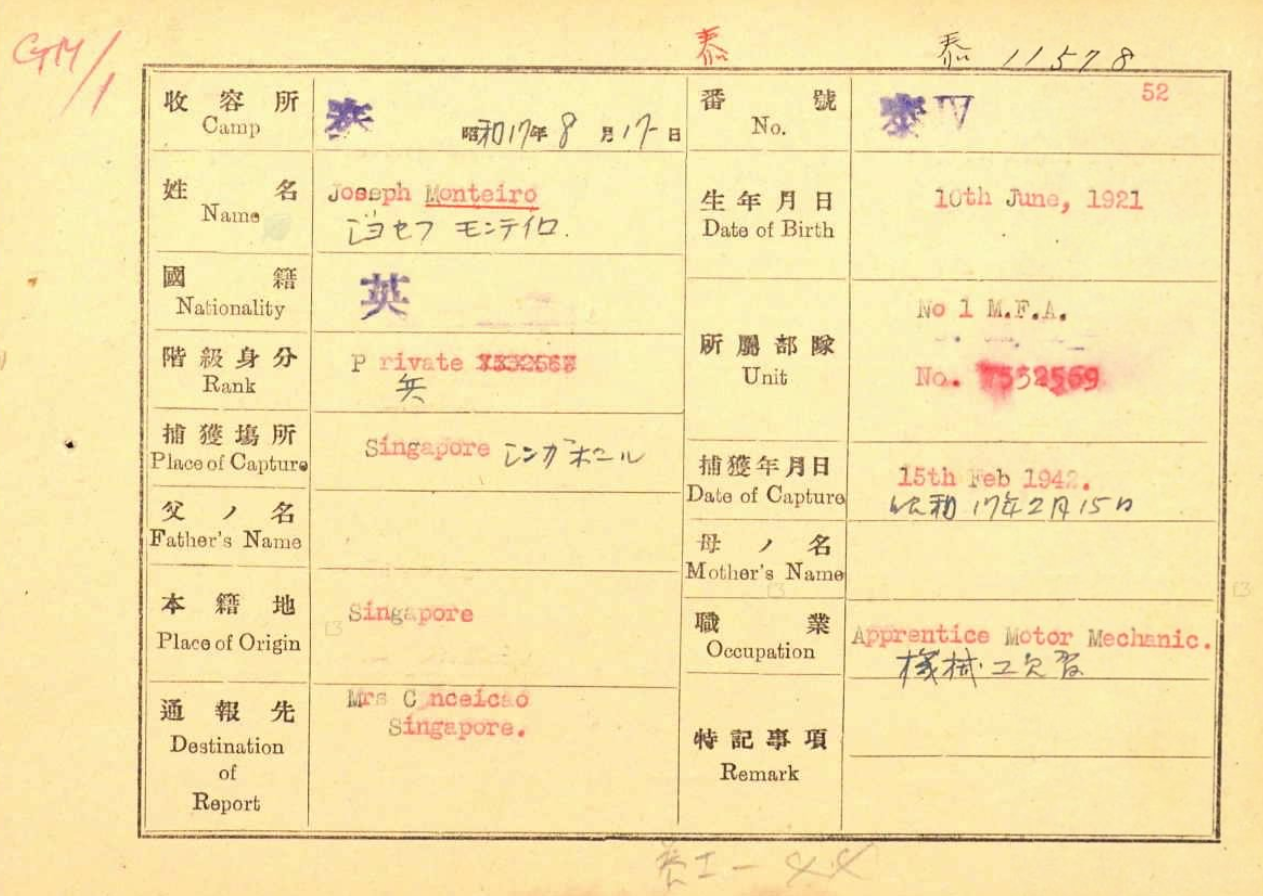 Joseph Monteiro was an apprentice mechanic in the Straits Settlements Volunteer Force in Singapore.

He was born on 10 June 1921 in Singapore, the son of Portuguese descendants.

After the Japanese conquest of Singapore, he was sent as a prisoner for six months to Changi internment camp.

Later, transported to work on the "Thai-Burma" railway.