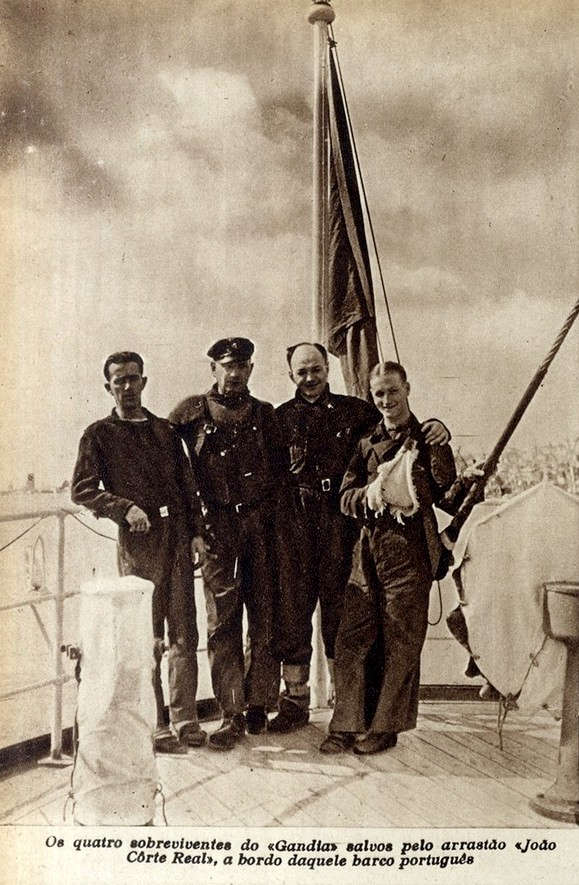 The Survivors from the Gandia
(Foto: "Mundo Gráfico" Magazine)

On the afternoon of February 17, 1942, the fishing trawler João Corte Real found - 100 miles east of Saint John form Newfoundland -, four castaways from the Gandia, a Belgian freighter sunk on January 22 by the U-135. They were the only survivors of a group of 28 men who had managed to get into the lifeboat.

They were naked, cold and hungry. It was difficult for the 19 Portuguese crew members to bring them on board.

The João Corte Real entered Lisbon on the afternoon of 25 February and all the survivors were handed to the care of the Belgian consul who sent them to the hospital. Later, a thank you ceremony was held at the local “British Seaman’s Club”, whit the presence of the survivors, the Belgian and British diplomats, and the Portuguese crew who received a silver cigarette case each.

The Gandia, with 79 crew and under the command of Captain Marcel Potié, left Liverpool on January 12, 1942, with 500 tons of cargo on a convoy bound for St. John, in Canada. A storm dispersed the ships leaving several stranded, including the Gandia. On the 22nd, at 5:25 pm, the U-135 torpedoed it. Only two of the four lifeboats were successfully lowered. Thirty men were lost.

After collecting those who remained in the water, a lifeboat with 21 men, was handed over to Captain Potié and another, with 28, to the second-mate Hubert. They stayed together for part of the night, but at dawn they were no longer in sight.

On the Potié’s lifeboat, 11 died, including the captain, before they were found by the American destroyer USS Bernadou, 14 days later. In the first boat Hubert's 24 of the 28 occupants died before being picked up by the Portuguese after more than three weeks at sea. 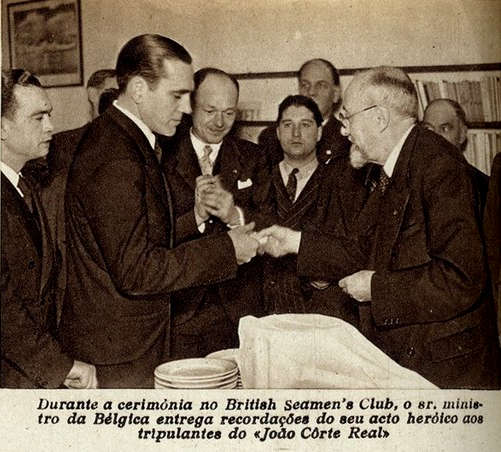