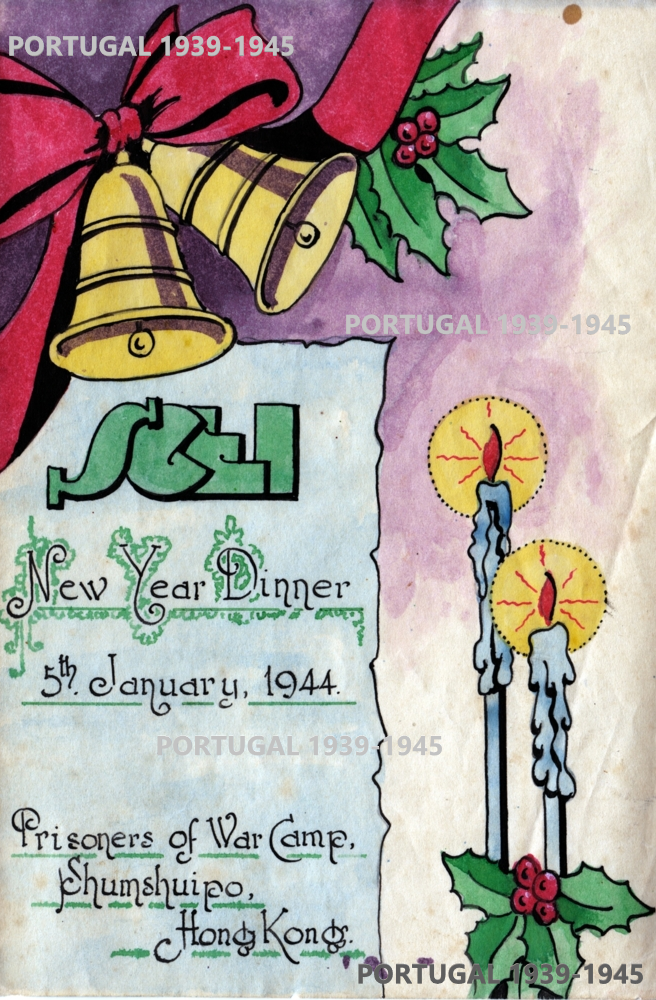 The Portuguese soldiers of the "Hong Kong Volunteer Defence Corps", after having witnessed the horrors of the attack of a formidable enemy, found themselves in another situation for which they were neither physically nor mentally prepared.
After defeat in the Battle of Hong Kong and their subsequent capture, the Portuguese volunteers were initially interned in the Japanese camp at Sham Shui Po, Hong Kong.

Cut off from their families and the outside world for several years, food was scarce, disease and hardship were many. But there was also another "enemy", which tormented the Portuguese and the other allied prisoners, the moral breakdown and boredom.
With absolutely nothing to do to entertain themselves, many were forced to improvise, invent challenges, something to help them pass the time. Vegetable gardens were created, gardens, cleaning, but the Lusitanian creativity went further ..... The brilliant creativity of Marciano Francisco Baptista "Naneli", Ferdinando Maria Castro "Sonny Castro", António Eduardo Noronha and many others, allowed the life of the prisoners to improve significantly, by creating activities and various shows of theatre, dance or dinners, all in the name of morality.

The graphic talent and creative genius, particularly of Marciano Baptista, who "scribbled", creating numerous posters, leaflets and flyers for the shows and dinners held in the prison camp. The detail and visual quality of "Naneli's" productions was so thoughtful that in many of the examples he created, one can observe the names of artists, musical instruments and even the location of the performance (example below). 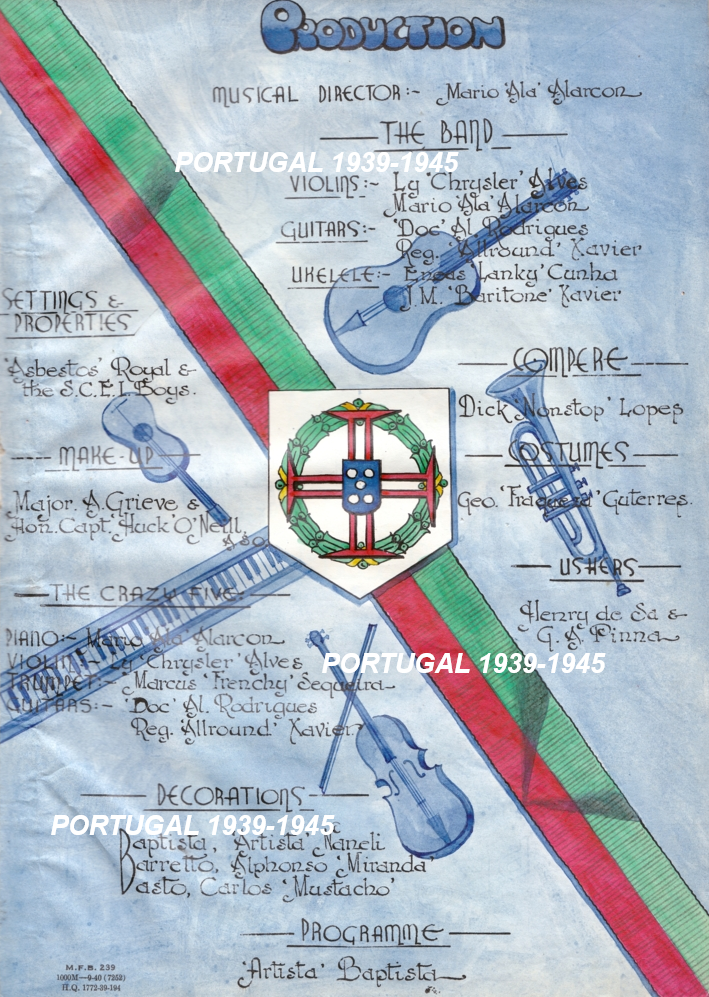 The talent and creativity of the Portuguese were so well known throughout the camp and not only by the prisoners, but also by the Japanese guards, who often secretly provided the necessary material, paints and watercolours, so that "Naneli" and others could continue their vital work.

In the case of Ferdinando "Sonny" Castro, his extraordinary capacity for theatrical acting and improvisation led him to create a female character nicknamed "Carmelita", "Carmen Miranda" or "Sonya". Creator of his own dresses, using the scarce material available in the camp, such as curtains or blankets, he managed, during his years of internment, to dress up to cheer up the prisoners and allied patients of the Sham Shui Po hospital, through visits, theatrical performances, dance or other events. 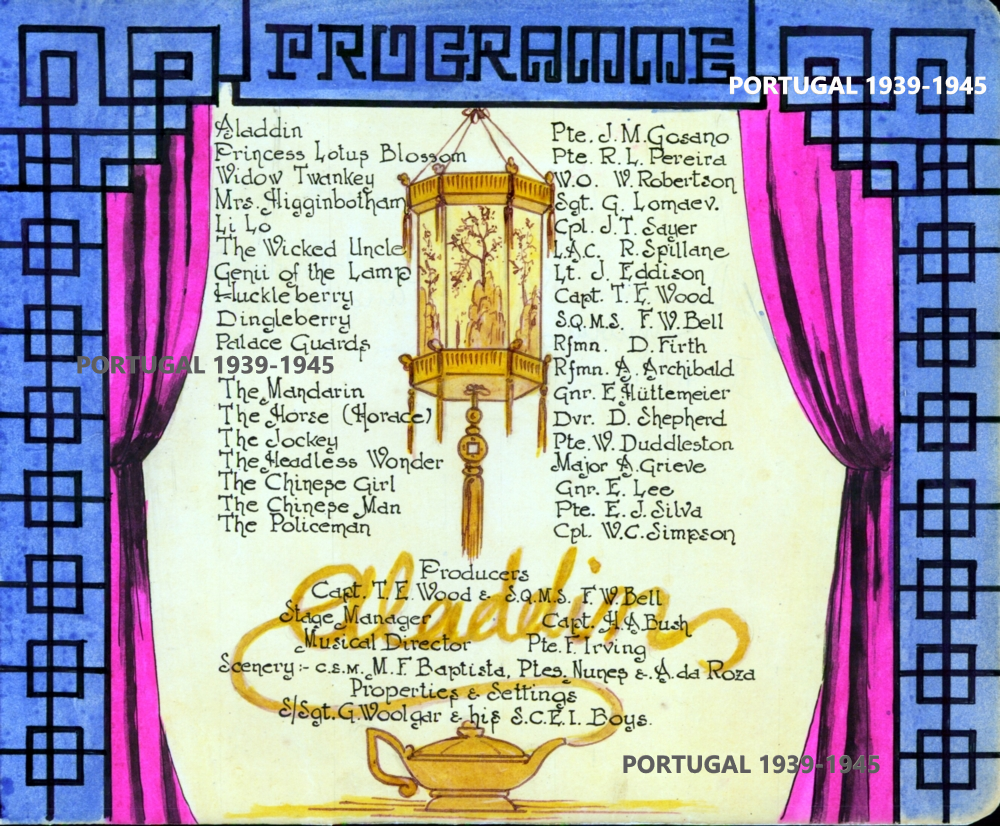 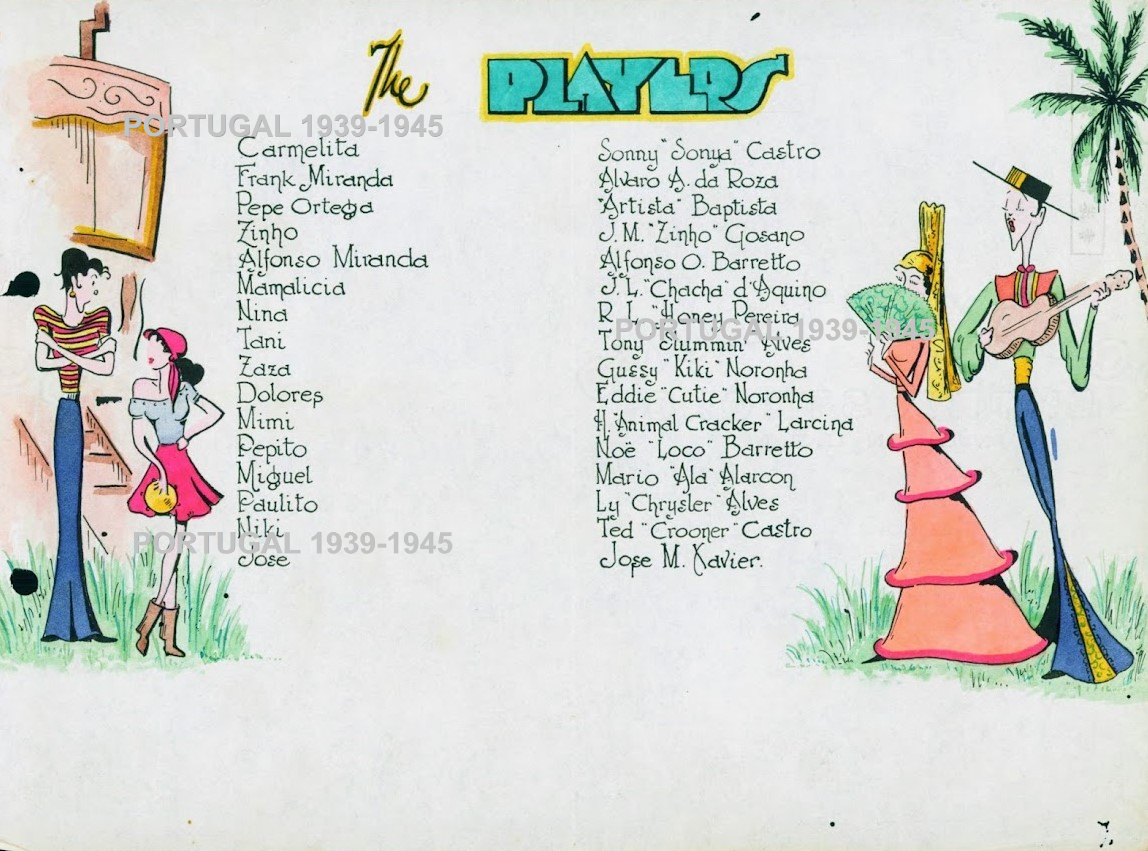 Poster of the prisoners' musical show "The Player"
(Picture: donated by Alberto Noronha )

For about three and a half years that these allied soldiers would remain detained under the Japanese "claw", with enormous privations and difficulties.... but few doubts remain that due to the creativity of the Portuguese elements, the life of all in this "hell" was a little easier......  One could even say that due to this morale boost, it allowed many prisoners to have something more to hold on to, that made them survive and resist one day at a time, day after day, until the moment they were finally released.

Today, in a very different Hong Kong, little is left of the battle but the memories live on, in the minds of families and descendants, family members who gave us and transmitted all these details that I had the honour of sharing today.

The “Serpa Pinto” picked up the survivors of “Antonios Chandris”