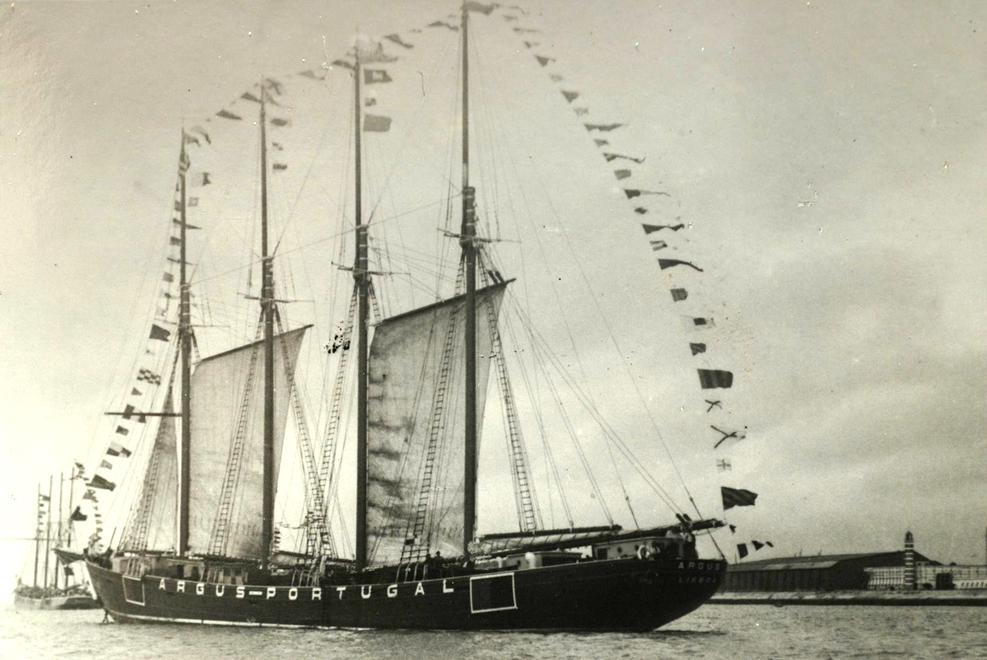 The crew of the Portuguese Argus, on the way from North Sidney, Nova Scotia, to the cod banks of Greenland, sighted, on June 26, 1942, around noon, a whaleboat with 12 shipwrecked from the English Empire Clough. They were collapsed from weakness, thirsty and in a very worrying state. Three had already died aboard the whaler since the ship hand sank on 10 June.

The commander of the Argus, João Pereira Ramalheira, ordered the distribution of clothes, food and medicine. The possibility of diverting the route to leave the shipwrecked in Saint John, Canada, was discussed, but it would postpone the fishing campaign at least four days when they were already late. It was decided to keep them on board and and distribute them to other company ships in Newfoundland until the Gil Eanes - the cod fleet support vessel -  arrived.

The War Diaries of the American Admiralty of this period reveal that they found out trough the radio transmissions that there were survivors of the Empire Clough Empire on the Portuguese vessel. The information was forwarded to the Canadian consul in Greenland and on the 29th, at 11 pm, a US Coast Guard patrol, the USCGC Algonquin, spotted the Argus, and picked up the castaways. Days later they were transferred to the USS Bear which and again to the USS Laramie, which finally handed them over to the British authorities in Kungnat Bay, Greenland.

The Empire Clough departed from Loch Ewe, Scotland, on June 2, 1942, bound for New York as part of the ON.100 convoy. The ships were attacked for the first time in the early hours of the 9th, when one of the corvettes escort’s - HMS Mimosa – was sunk. On the night of the same day, at 11:40 pm, the U-94 hit almost simultaneously the Ramsay and the Empire Clough. Two minutes later it was hit again. The crew abandoned the ship in four lifeboats around midnight and an hour later two boats with 32 men were picked up by the corvette HMS Dianthus. The Argus found a third whaleboat, while the last one, with five men, was never seen again.