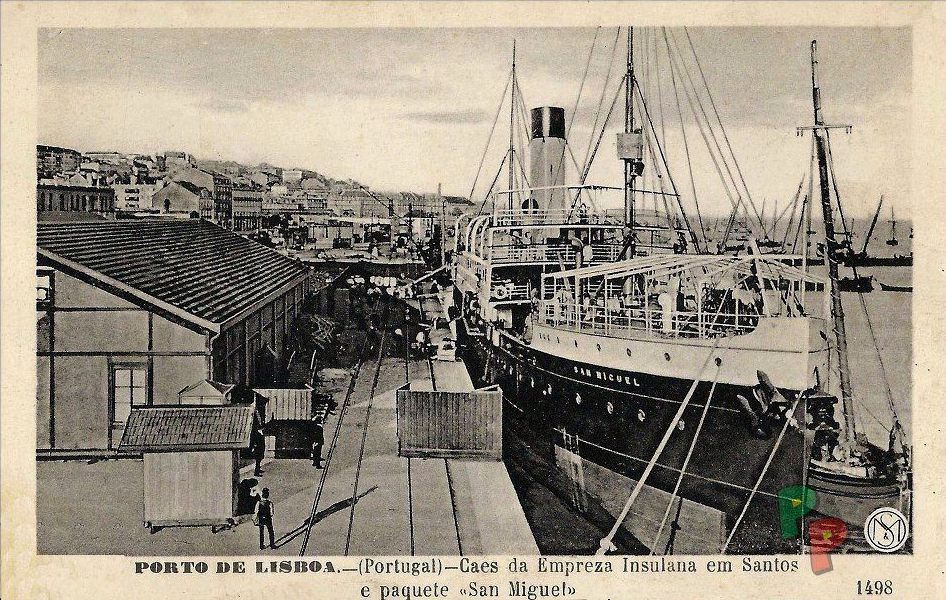 On July 19, 1942, at 5.30 pm, the Portuguese steamer San Miguel, en route to the USA, was ordered to stop by U-332, which by signals demanded the ships documents. When the Portuguese mate arrived at the submarine, the German mate used the same boat to go on board of the steamer asking for clarifications about the cargo, origin and destination.

At 20:00 hours signals were made from the submarine informing that they could retake their way to Baltimore. The German sortie left in the whaleboat that brought back the Portuguese mate, but while these maneuvers were taking place, two lifeboats with 29 shipwrecked from the Greek steamer Leonidas M., sunk hours before by the same U-332, arrived near the Portuguese steamer.

The men were welcomed aboard and cared for until they were dropped off in Baltimore on July 25th. The Portuguese ship had arrived at the port entrance the previous day, at 3 pm, having been approached by the local control who carried out an inquiry to find out about the voyage, leaving orders to remain at anchor.

At 7.30 pm Captain António Dionísio was surprised by a Coast Guard boarding party of one officer and six sailors who accompanied them until they anchored in front of Baltimore where they were quarantined. No one was allowed to leave, but a doctor, some police officers and another Coast Guard officer, now with eight sailors armed with shotguns and bayonets, also came aboard.

The next morning they received orders to dock, but the maneuver was not carried out immediately because the Coast Guard men on board opposed to any action by the crew, using rifles and bayonets. António Dionisio hurried to confer with the American officer, but only after the verification of all the documents from the crew he was allowed to go to the pier.

The event was considered violent and unpleasant by the Portuguese, used to traveling to the USA without any previous problems.

According to the Portuguese authorities in Washington, these incidents - which would be repeated with other Portuguese ships - resulted from the fact that American public opinion was impressed by the recent news stating that German sabotage parties and spies had disembarked from u-boats on American beaches. This resulted in demands of more energetic and repressive measures that would contribute to the difficulties that the ships faced.

They would be better treated by the Greek Legation in Washington who delivered on August 13 an official thanks to the Portuguese Legation that was sent to the Companhia da Navegação Carregadores Açoreanos, owner of the San Miguel.

Leonidas M. was attacked by cannon fire on the afternoon of 19 July by U-332. When the crew abandoned it the artillery fire ceased, but when the rescue-boats moved away two torpedoes were fired. The first failed, but the next sank it.

The “Maria Terceiro” picked up the crew of “Empire Warrior”