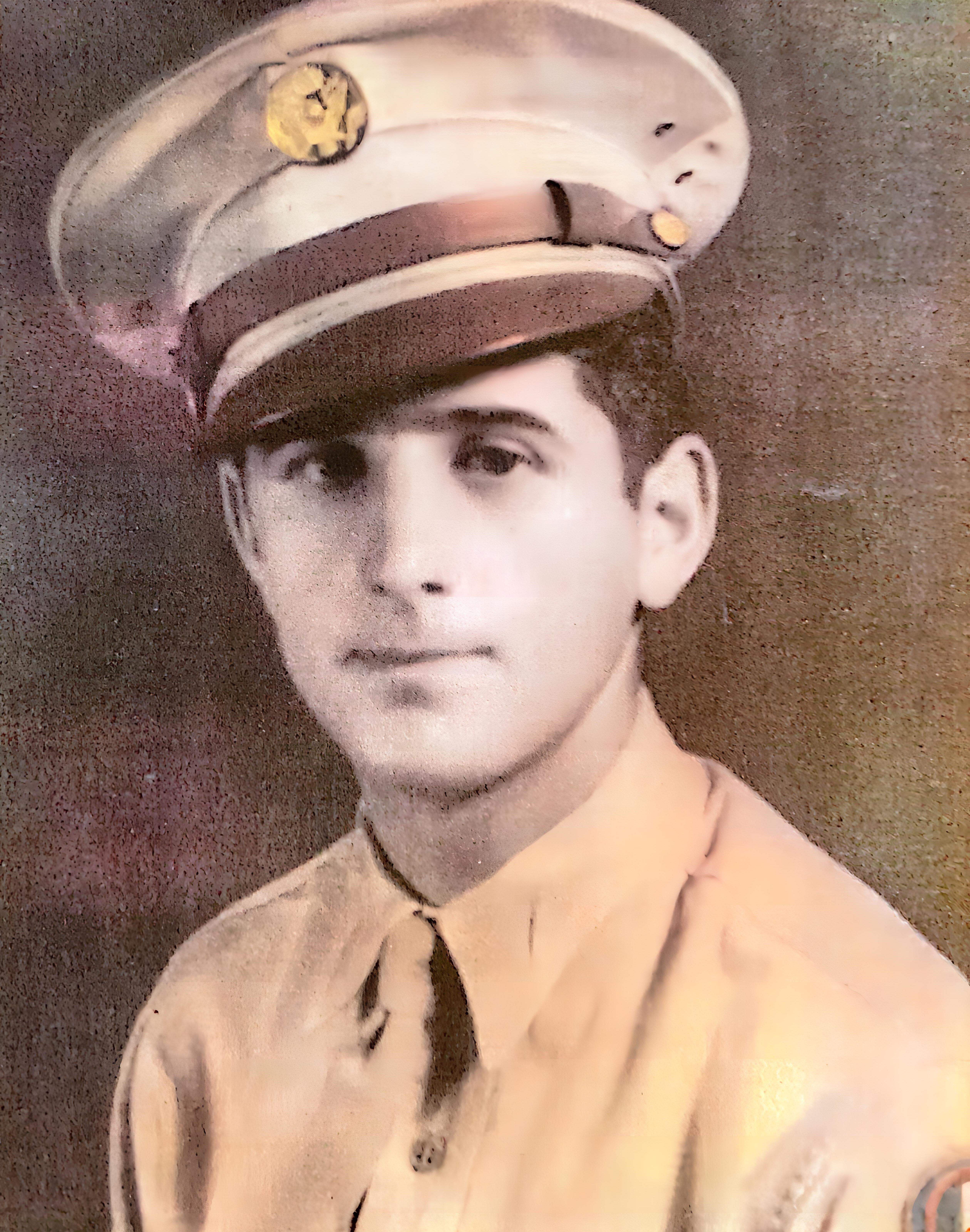 Joseph "George" Ray reported for recruit into the U.S. Army on March 3, 1943 in Providence, RI and was processed at Fort Devens, Massachusetts. After seventeen weeks of basic training at Fort Shelby, Mississippi, he was assigned to the 623rd Light Equipment Engineering Company as an auto mechanic. Later, in June 1944, after the D-Day landings, he crossed the English Channel to Omaha Beach, Normandy, along with his company.  He participated in the Normandy, Northern France, Rhineland, Ardennes and Central Europe campaigns, and was decorated and promoted to Corporal for having solved the overheating problem that affected the vehicles during the logistical landings following the initial assault waves in Normandy. He was assigned the task, along with his friend Johnny Strohm, a New York native, of locating damaged or malfunctioning vehicles and repairing them.

With the Armistice with Japan on August 12, 1945, the unit was shipped back to the United States aboard the "USS General Harry Taylor" to "Camp Shanks" where he was honorably discharged on October 25, 1945 at "Fort Devens", Massachusetts as a Sergeant. He received the Good Conduct Medal and the European-African-Middle Eastern Theater Campaign Ribbon.