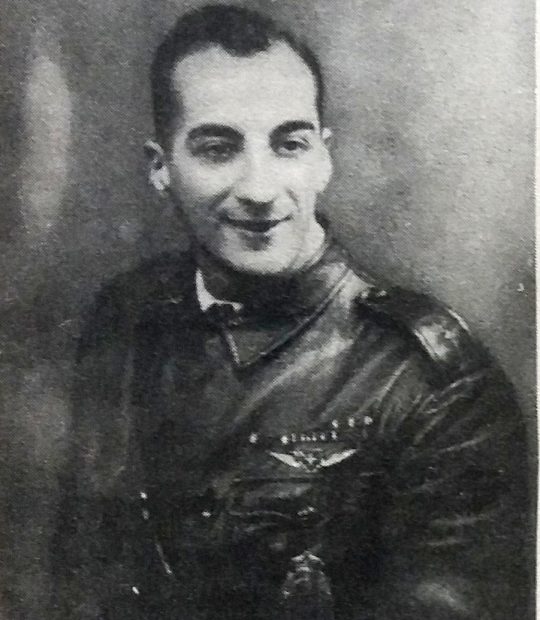 José Tuñon was one of the few Portuguese to fight in the first Russo-Finnish war - the so-called Winter War - which began in November 1939 and lasted until March of the following year.

According to Esfera magazine, a pro-German propaganda publication, Tuñon was one of the foreign volunteers who joined the Finnish Air Force piloting bombers and fighters.

A pilot, trained in Portugal at the Manuel Bramão Civil Piloting School, José Tuñon also belonged to the Portuguese Legion and assured during the interview that the reasons why he traveled to Finland was related to his duties as a legionnaire, namely, the “fight” against communism and anarchism.

It is not clear when and how he arrived in Finland. He may have fought alongside the Francoists, as a Viriato (a Portugueses miltary force) or a volunteer, during the Spanish Civil War and then moved on to the conflict further north - as happened with other foreign fighters -, or he may have mobilized himself when, in the Portuguese press the war with the Russians was reported. The conflict received wide coverage in the media in the country, which also witnessed one of the biggest solidarity operations of the time in which food and clothing were collected.

José Tuñon in a Junkers K43 from the Finish Air Force

The Finnish diplomatic corps in Lisbon thanked him for this support in several newspapers in April 1940, while José Tuñon assures that during his stay in the Nordic country “he was greatly touched by the references made to the moral and material support received”.

In his career as a military aviator, he flew in bombers - Junkers - and fighters - Morane and Bull-dog -, in attacks and combats especially in the Baltic area. A bullet wounded him in the leg. For his actions he claims receiving the medal No. 68 of Finnish Air Force and three other distinctions for actions in Viiburi, Baltic and Aaland Islands.

When the interview took place, a peace agreement had been signed between Finland and Russia, but the conflict reignited after the German invasion of the Soviet Union. It was not possible to determine whether Tuñon returned to participate in the new war.