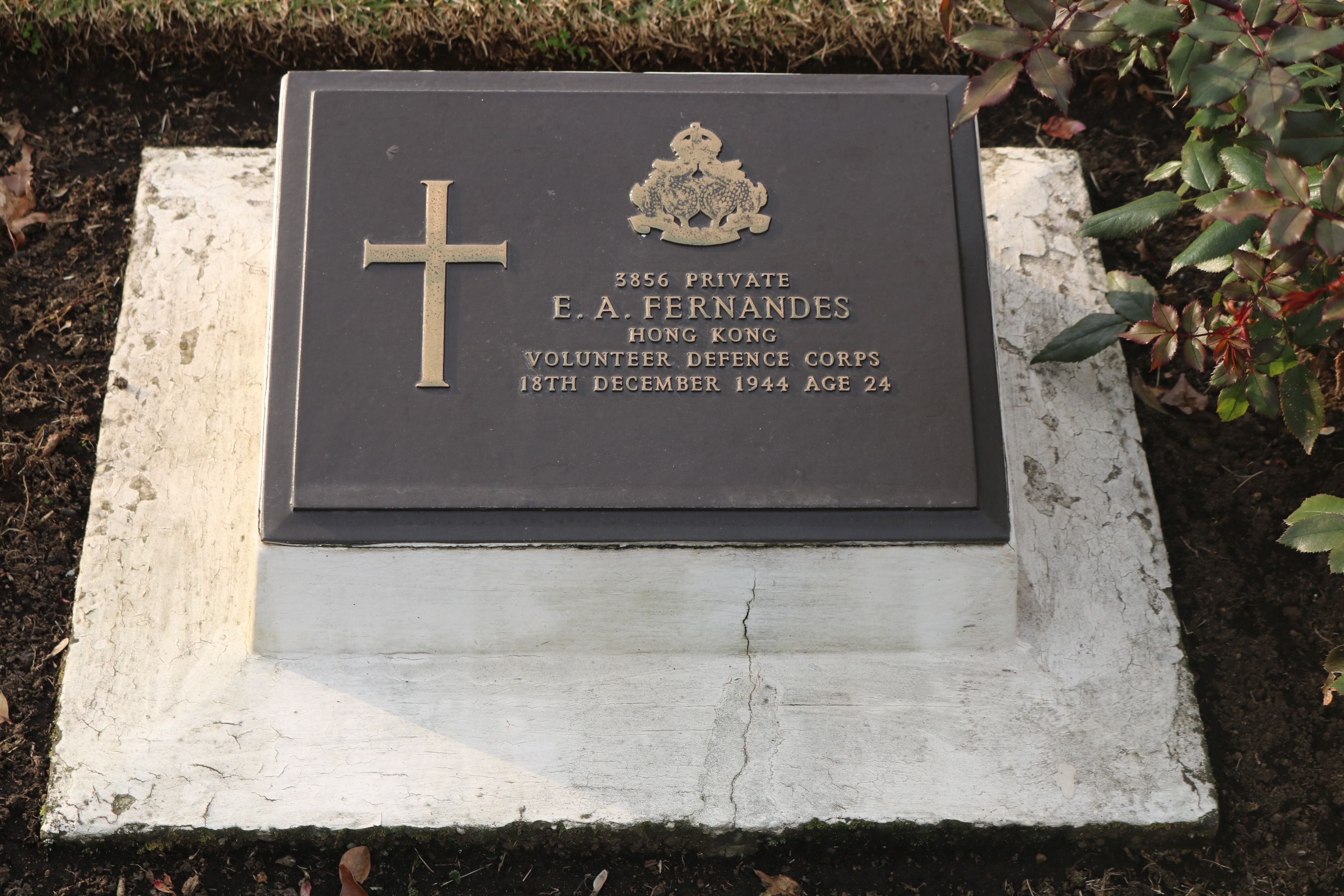 Grave of Eduardo Fernandes in Yokohama
(Photograph by Michel Nelis) 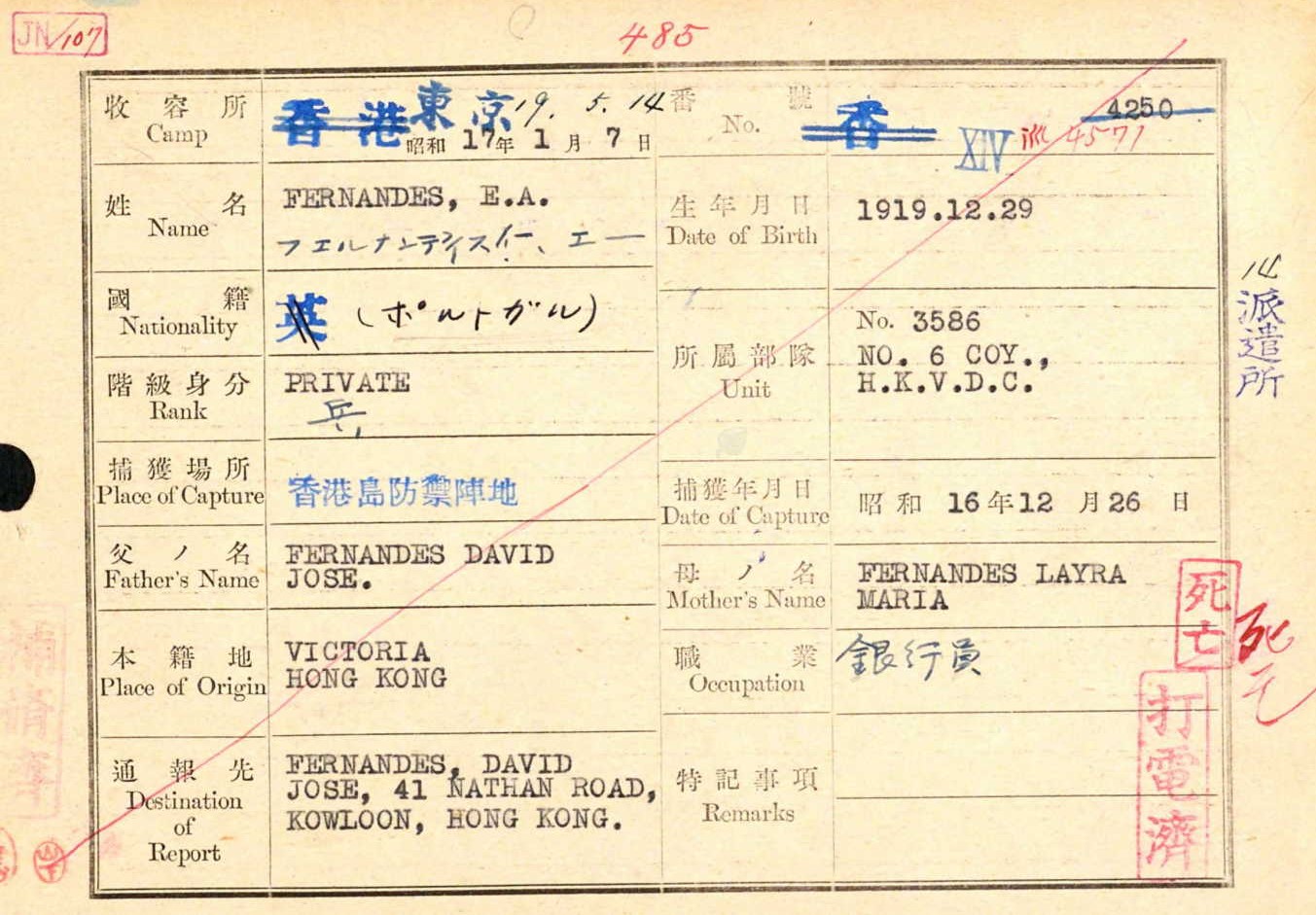 He was born on 29 December 1919 in Hong Kong, son of the Portuguese José and Maria Fernandes.

After the Japanese conquest of Hong Kong, he was taken prisoner and sent to the Sendai internment camp, where he died of a bone fracture in his back (according to a medical report).