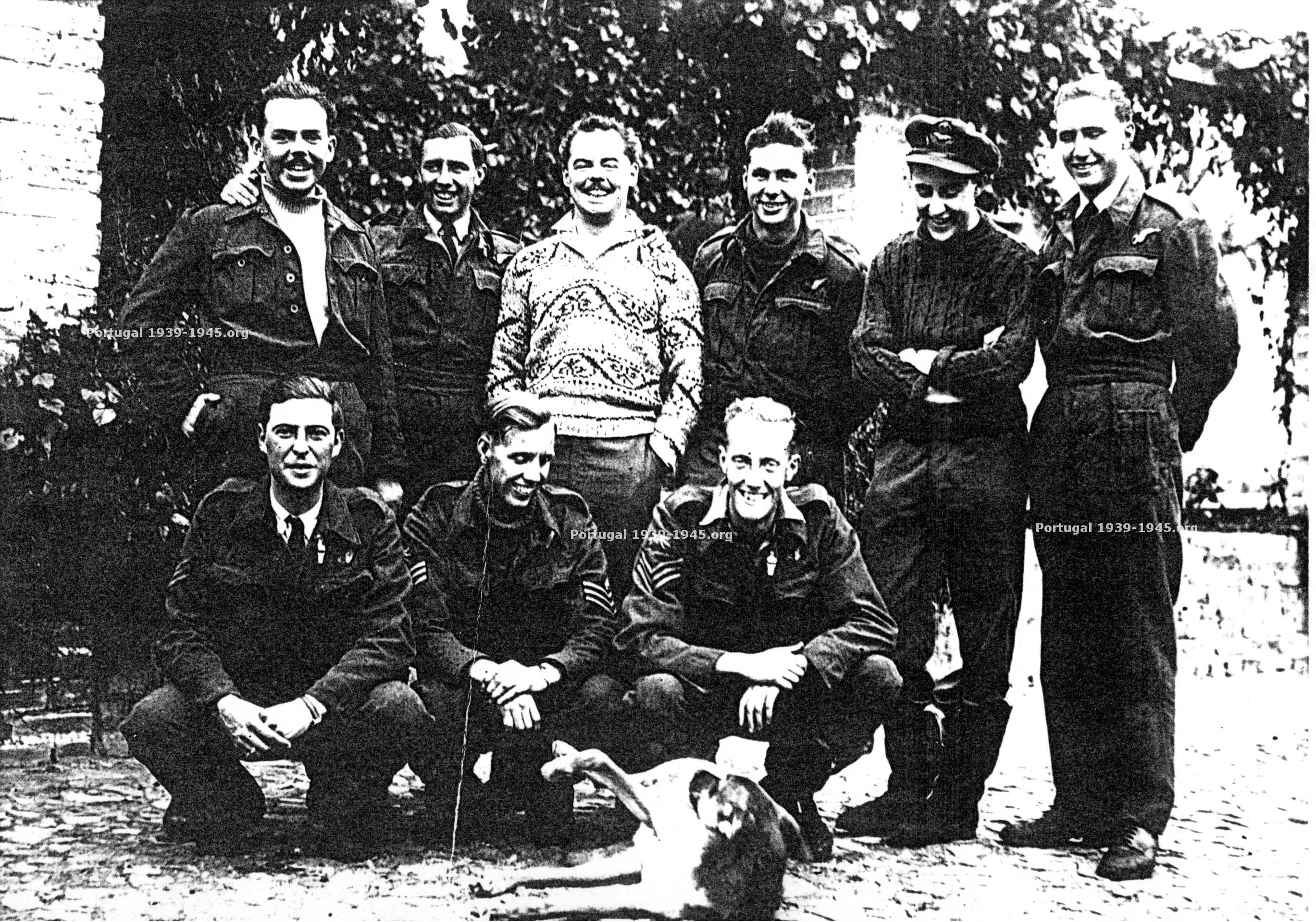 In the sea - Near Lisboa

The crew was operating from Gibraltar on a shortened Nocturnal Meteorological sortie when the starboard outer engine developed trouble and had to be feathered.

The skipper gave the order to jettison all loose gear, including the ammunition and decided to return home but sometime later the port outer engine also failed, without any warning. F/O Crawford took over and had doubts about making it to Gibraltar. He altered course for the Portuguese coast, hoping to be able to land at Lisbon.

As they broke out of cloud, near the coast, the port inner engine was vibrating very badly and the skipper decided to ditch the aircraft on two engines, rather than having to try on one.

He managed to put the aircraft down along the swell with scarcely a jolt, but the nose broke off, with a wave rushing through the aircraft. When no more water seemed to enter the crew were able to use the escape hatches and get to the main dinghy and also salvage a number of individual K-type dinghies, along with other equipment.

Although they had send SOS warnings that where heard in Gibraltar, neither of them reached Lisbon. The navy only knew about the ditching from a Spanish tanker or trawler that heard the signal and repeated it, but in the area was the Navy patrol "Albéria" who's crew had seen the plane in difficulty flying over them and followed it in order to help.

On the dinghies the crew fired off red very cartridges at intervals, and those were spotted by the Portuguese trawler "Exportador II" that suspended the nets and set course towards the flashes, finding the crew in 3 dinghies floating off Cape da Roca. The airmen were taken aboard (together with their four dinghies) and were given dry clothes and Cognac.

The crew of the "Exportador II" tried to tow the aircraft but the cable broke and the Halifax disappeared in the waters.

When they arrived in the harbor they were then taken ashore by motor boat, arriving at the Naval Aviation Center of Bom Sucesso soon after noon and were given biscuits and cakes, washed down with Port and Madeira wine. At location was also Admiral Gago Coutinho, who 20 years earlier had made the first flight across the South Atlantic and was the inventor of a type of sextant incorporating two spirit levels to provide an artificial horizon. This adaptation of the traditional marine sextant allowed navigation without visual reference to the real horizon.

The crew was later escorted to the British Embassy and stayed in Lisbon in the Bristol Hotel until November 29, 1944, when they were repatriated.