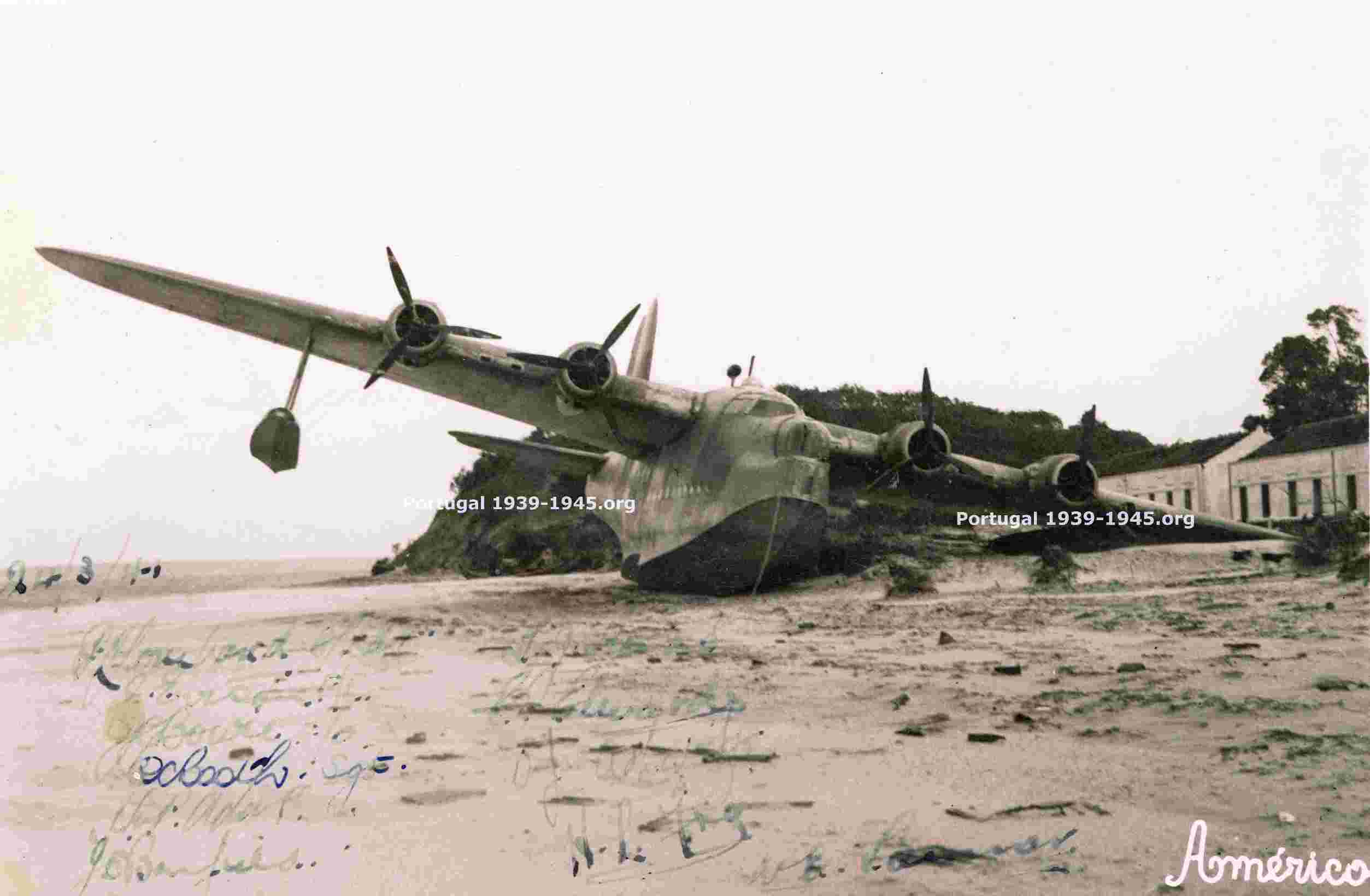 The Sunderland after ditching near Setúbal
(Photo: Olinda Couceiro)

The fightin a strong a hurricane exhausted the aircraft's fuel and the pilot had to ditch.

The plane was offered to Portugal in May 1942 and it became AN 136 in the “Aviação Naval”, the air branch of the Portuguese Navy.

In March 1944, after repairs, it went on a mission to the Portuguese Guinea colony, but on the way one propeller was lost, hiting another engine. The accident happened near the Canaries islands but the pilot - Capitão-de-Mar-e-Guerra Paulo Viana – was able to bring the aircraft back to Lisbon with only two engines.

It never flew again and was scrapped in the next year.