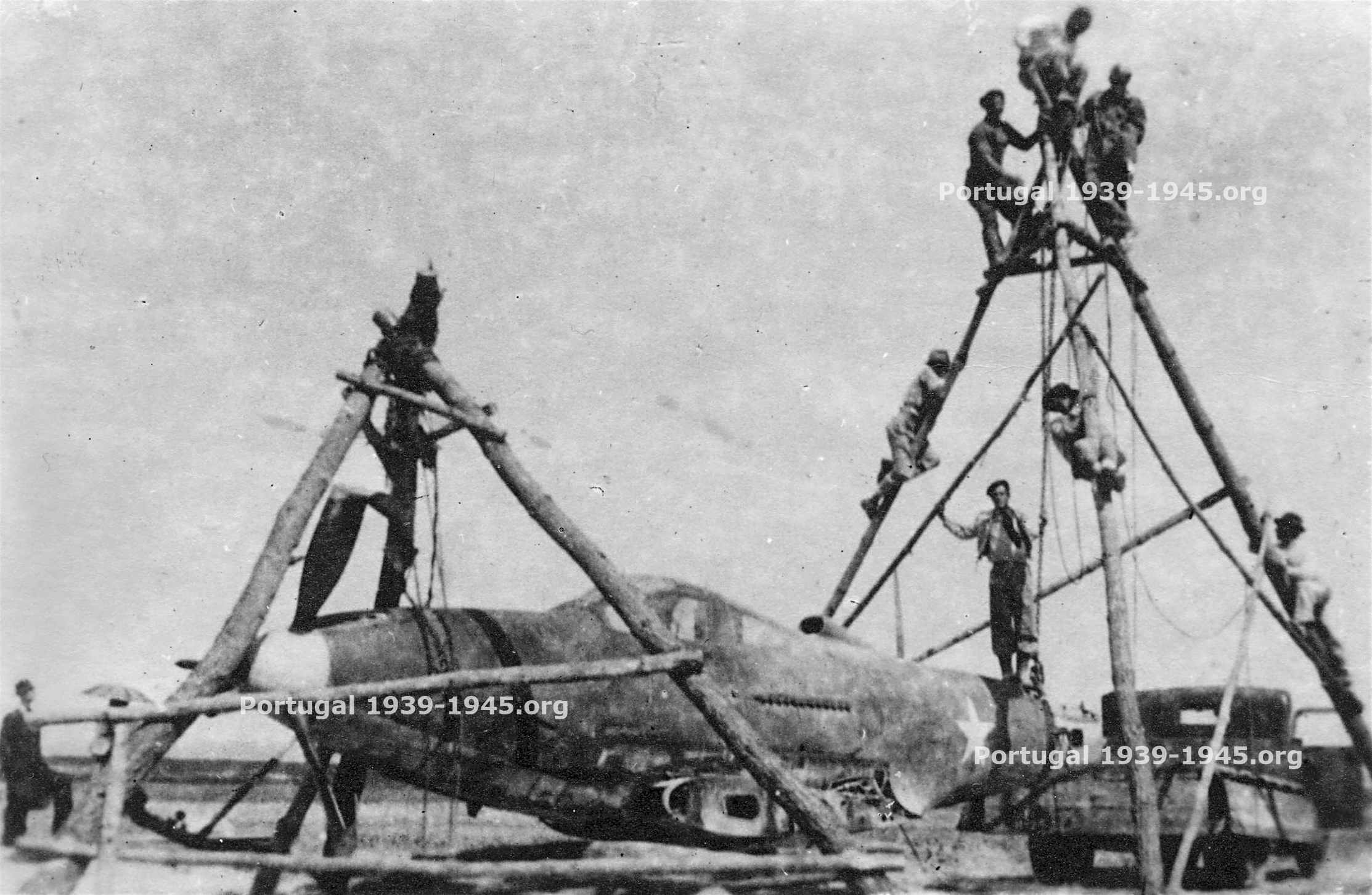 The pilot was in transit to North Africa in a group with other airmen and fighters following one bomber that was navigating them.

The problems started when the engine started to cut during the flight and the pilot, Richard Savoy, had to search a place to land.

The pilot hit the head in the cockpit. Although unconscious he did not suffered major injuries.

He was interned in Elvas some days latter.

The aircraft was transported to Lisbon in a truck and was certainly used as sparing parts for other Aircobra planes of the OK squadron of the Portuguese Aeronáutica Militar.