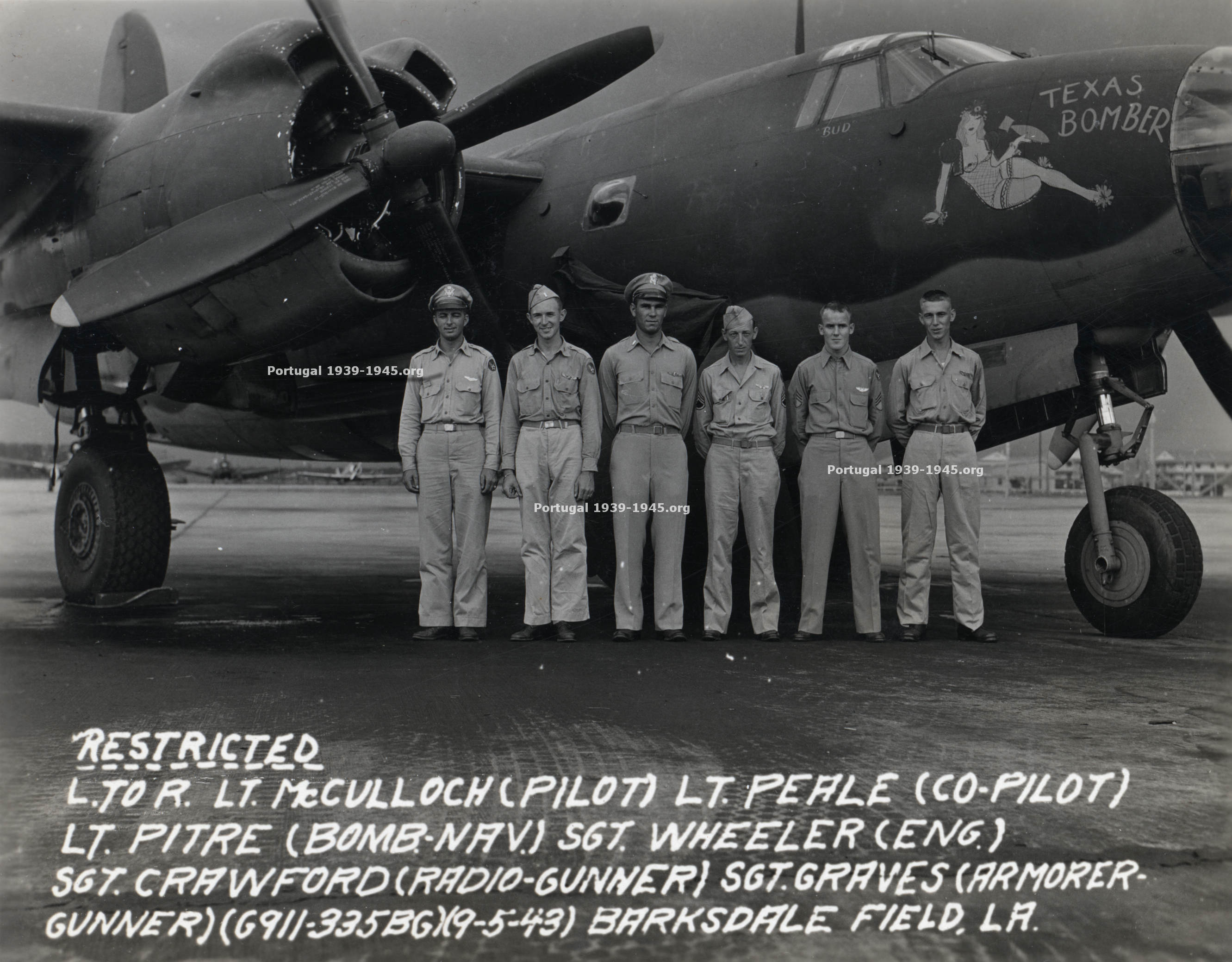 The crew of the Marauder that exploded near Vieira de Leiria
(Photo: Ray Pitre Family)

Vieira de Leiria (in the sea)

The aircraft was on a night flight from the UK to Marroco and the crew might have surprised one or more U-Boats surfaced in front of Vieira de Leiria.Witnesses heard a shooting and the noise of aircraft engines twice over the village The first time it flew inland and the other in the opposite direction. Minutes after the second passage there was an explosion.

The bodies of the crewmembers washed on the local beaches on the following days and weeks.

The newspaper Diário de Notícias published a short story about the event and it stated that nobody from the American Legation in Lisbon had been present at the funerals, a situation that generated a major problem between the Legation in Lisbon and the State Department.

The airmen where buried in Vieira de Leiria but after wars-end they were exhumed and reburied to the Lorraine American Cemetery, in St. Avold, France.