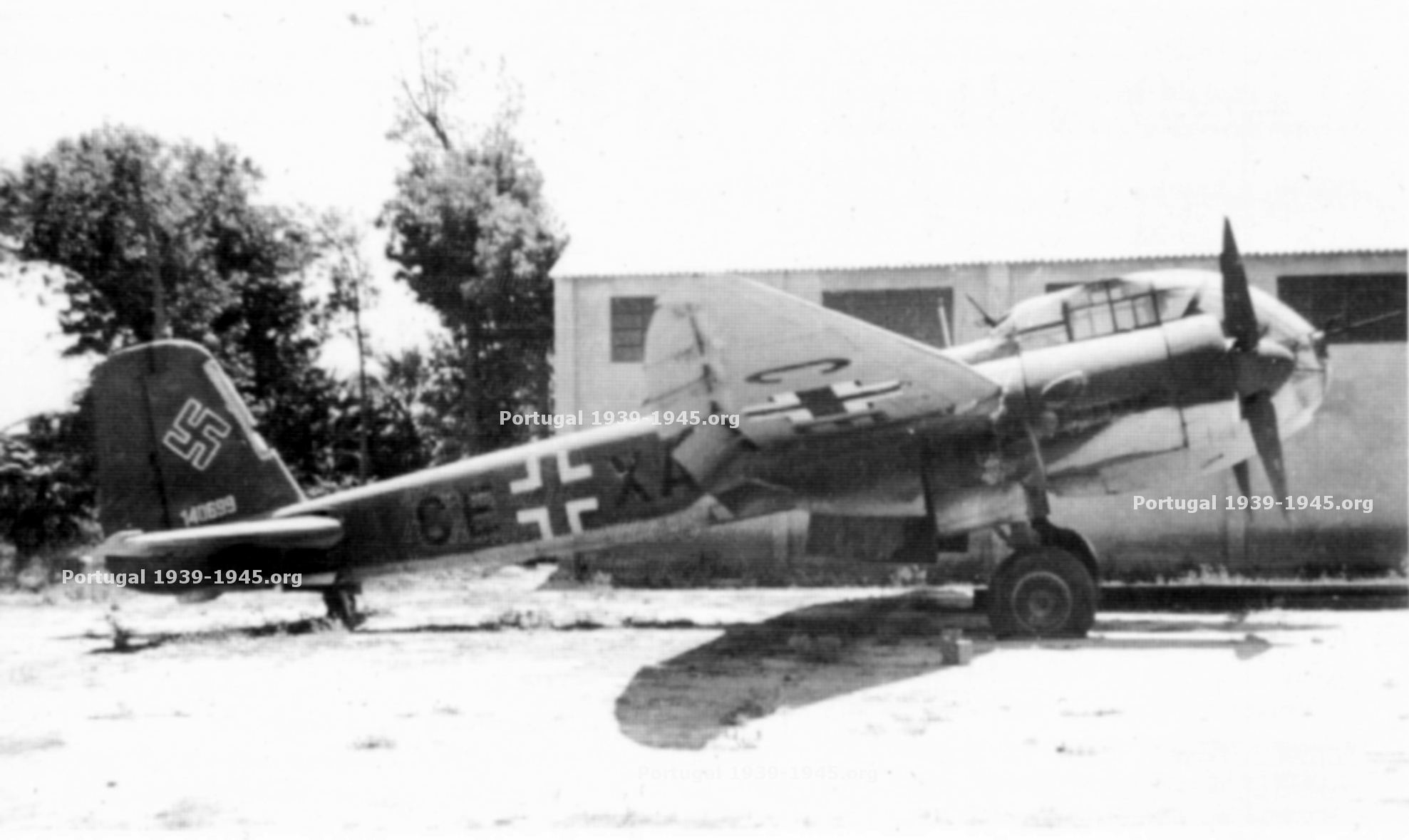 Alfred Funke, although a German, worked before the war in Canada for many years and after his escape he tried to return to that country. Altough he asked for a new visa to the Canadian authorities he was classigfied as a dangerous nazi simphatizer.

The German legation wanted Portugal to return the plane stating that it had been stolen, but as the war ended he was just left in airport and a couple of years latter it was scrapped. It was a prototype for a new version of the Ju188.