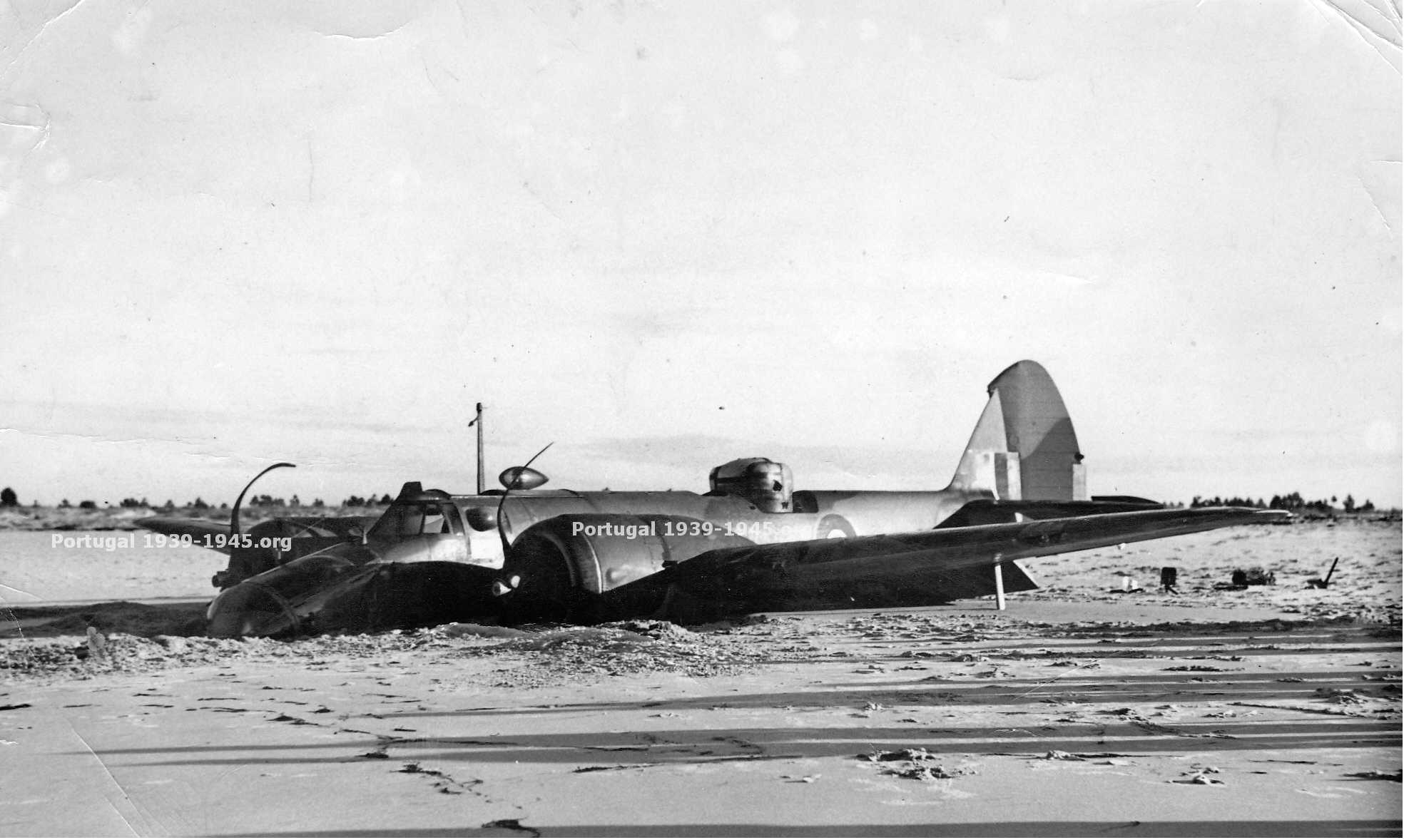 The Bristol Blenheim at the beach near Comporta
(Photo: Rex Walton)

The aircraft  took off from RAF Portreath at 07:58 en route to East Africa via Gibraltar but North of Lisbon the port engine failed and unable to maintain height they made a forced descent into the sea off Setubal.

The starboard engine failed during ditching injuring the pilot. At the time of ditching Sgt T F Stott jumped clear with the dinghy while my father rescued the pilot who had feinted following a head injury. The aircraft sank immediately and he was underwater before both of them emerged from the aircraft. They all took place in the small rubber boat and for several hours they had to paddle ashore.

The aircraft was waiting for them on the beach in the Comporta Area. Apparently it had caught a strong underwater current and benn swept ashore. Once ashore Portuguese fishermen helped F/O Milne and Sgt Stott across the Bay to Setubal where they were promptly interned. F/Sgt Walton stayed with the aircraft until 12:30 the next day when Portuguese authorities took him to a hotel where he was reunited with his crew.

On the 29th January they were interned at Elvas and returned to Britain on the 5th April.