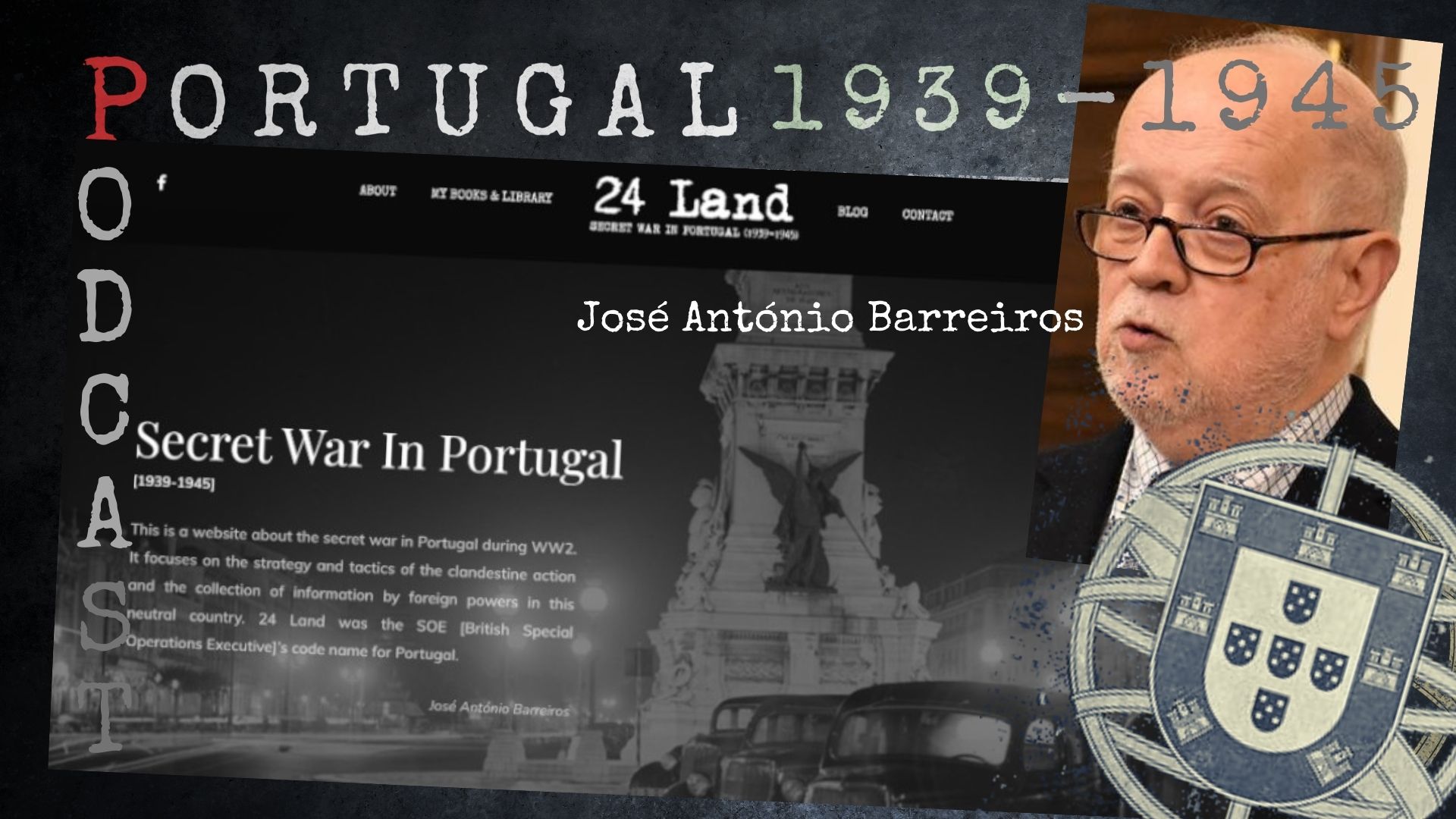 In 1943 Rogério de Menezes - an employee of the Portuguese Embassy in London - was sentenced to death in England, accused of spying for the Germans… The sentence, however, was never served and at the end of the war he returned home.

This is one of the stories we'll learn about in a conversation with José António Barreiros, a lawyer and author of several books about the world of espionage in Portugal during World War II. With them, we will also get to know better personalities such as Ian Fleming, Dusko Popov or Juan Pujol Garcia… They all passed through Lisbon at some point in their careers and all were important in the world of espionage between 1939 and 1945.

This podcast is in Portuguese...

The unprecedented story of a coup that would cost time in Tarrafal prison to many Portuguese...

The story of an employee of the Portuguese Embassy in London, in 1942-1943, Rogério de Menezes recruited in Lisbon by Axis agents. He was sentenced to death, but at the end of the war he returned home...

On June 1, 1943, a KLM civil aircraft that ensured the connection between Portugal and the United Kingdom was shot down by the Germans over the Bay of Biscay. On board were 13 passengers, including actor Leslie Howard, returning from a series of propaganda lectures in Lisbon and Madrid. Since then, several theses appeared trying to explain the unusual event...

A story of intrigue, propaganda and espionage that took place in Goa and made Salazar shudder.

Nathalie Sergueiew, a white Russian, was a double spy throughout the war and also passed in Lisbon. Before the end of the war she fell from grace...

On the website "24 Land" José António Barreiros publishes his most recent investigations on espionage in Portugal during World War II.

(in Portuguese and English)

Go to the site HERE