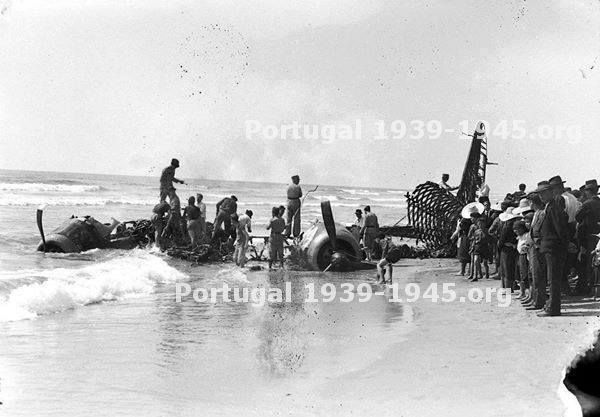 Vila do Conde (in the sea)

The ditching happened because of engine trouble. The plane broke during the landing and Daniels and Thompson were killed. They where buried at St. James Cemetery, Oporto.

Gould and Jakson, wounded and with broken arms, climbed to one wing while Anstey and Wallace-Cox jumped into a dingy.

The landing was seen from land and a fishing boat from Vila Chã was able to rescue them. The serious wounded were taken to the hospital in Oporto. Anstey and Cox were sent to a military unit in Póvoa do Varzim, during three weeks, and then to Caldas da Rainha.

Both returned to England on the 12 July. Wallace-Cox was killed on July 27, 1943 and is buried in the UK in the Ashbourne Cemetry.