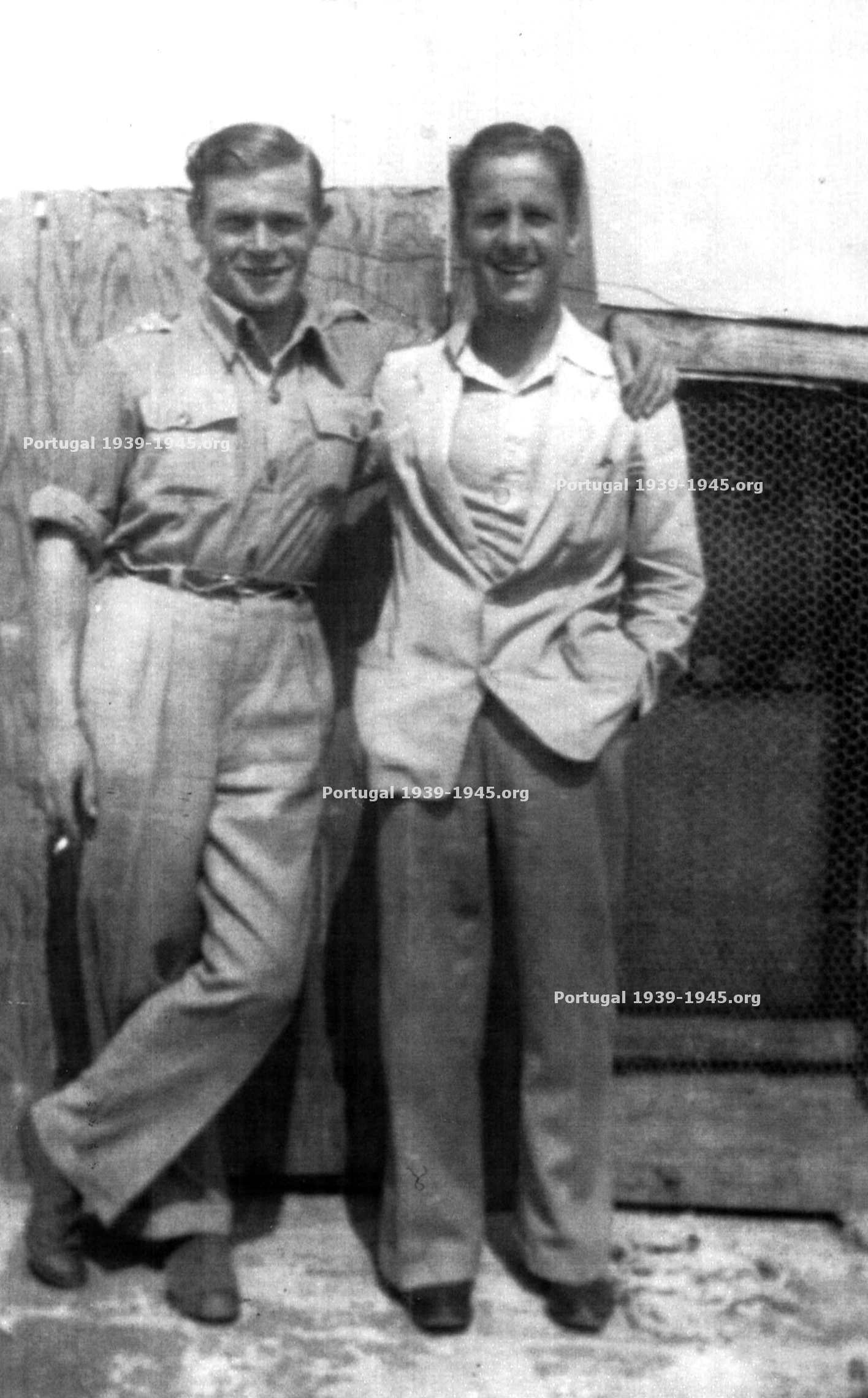 Len Wright e Leslie Ridings in Elvas where they were interned after landing in Portugal in a Horsa Glider
(Photo: Ludovic Louis)

The glider was part of the Beggar/Turkey Buzzard operation, a mission that had the objective of delivering glider's from the UK to North Africa to the 1st US Parachute Regiment, because they had only a reduced number of American Waco glider's at their disposal. The aircraft towing the glider — Halifax DK198 — had an engine failure and had to get loose of it.

With no other possibility they landed in Portugal.

Portuguese police reports of the time although mention that two gliders were found in the beaches referred above, but only the presence of 3 crew members. The 295 Squadron records also refer the loss of only one glider on this day.

A possible explanation for the presence of two of these aircraft might be connected with the losses of Horsa DP329 and Halifax DJ994, both had ditched days before — 16-08-1943 — and both crews had been piked up by a Spanish trawler and taken to Bilbao. Maybe the wooden structure of the glider had kept him floating until it reached the beach.